Cold Storage Company (CSC)-Boustead Beef Zimbabwe wants to install modern technology, including a 3MW solar project at its Bulawayo headquarters before it resumes operations to address some of the operational inefficiencies facing the industry. 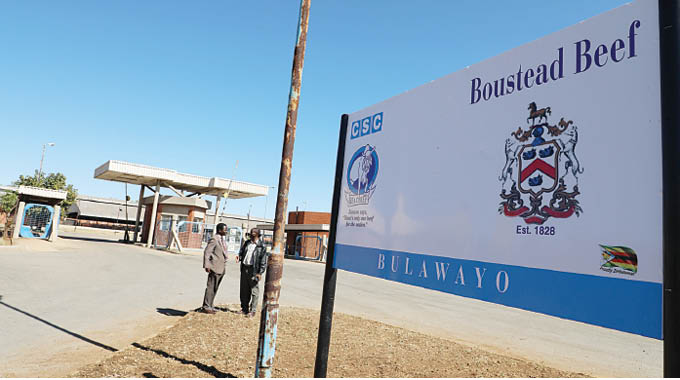 The largest beef processor and marketer says as result of the modern technology installation programme, it would miss the December re-opening deadline which the new investors had initially projected. Deadline has now been tentatively shifted to January next year.

In an interview, CSC-Boustead Beef Zimbabwe senior executive, Mr Isaiah Machingura, said: “The engineers were here because we have foreseen the challenges of Zesa and investors are now looking at putting up solar fields so that they augment Zesa. As we speak designs and repairs for the factory are being completed and things are moving on well.

“Repairs must all be cleared by December so that we open Bulawayo in January next year.”

The firm has not been operating for a period ranging between 15 and 20 years following operational constraints owing to a host of factors.

“The delay to open is as a result of this programme to install this modern technology which has got to be compatible to both Zesa and solar. We are now working on green energy so that when we resume operations we are not constrained by power cuts from Zesa,” said Mr Machingura.

CSC-Boustead Beef Zimbabwe has entered into a strategic partnership with Econet’s subsidiary, Distributed Power Africa (DPA), which will see all of the country’s meat processor and marketer’s assets being solar powered. The company is working on a solar project at its headquarters in Bulawayo where a three megawatt plant is being set up at a cost of about $9 million.

Mr Machingura said part of the electricity produced from the solar plant will be fed into the national grid to boost Zesa’s power supply.

He said the company had not started recruiting as it was yet to establish the numbers needed.

“We haven’t started recruiting because we need to know given the modern technology what numbers we require,” said Mr Machingura.

Cabinet has approved the US$400 million joint venture deal between CSC and a United Kingdom investor, Boustead Beef (Pvt) Ltd. The facility will be spread over the next three to four years.

Under the first phase of the CSC revitalisation project, Boustead Beef Zimbabwe will pour in US$130 million.

At its peak, the beef processor and marketer used to handle up to 150 000 tonnes of beef and associated by-products annually and exported to the European Union, where it had an annual quota of 9 100 tonnes of beef.

The company used to earn the country about $45 million per year. The Chronicle