A Musina magistrate on Monday sentenced two Zimbabwean nationals who had unleashed a reign of terror on hitch hikers along the N1 highway in South Africa’s Limpopo province to 165 years in prison each. 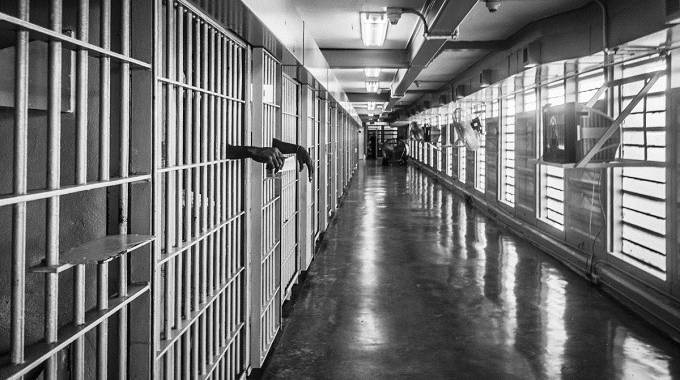 The duo of Farai Mabosvo (29) and Jane Mukutiri (38) were jailed after they were each convicted of 11 counts of robbery with aggravating circumstances and assault.

They were slapped with 15 years for each count.

According to Limpopo police spokesperson Colonel Moatshe Ngoepe, the two accused persons were arrested in connection with robbery cases reported between 2014 and 2015.

He said the first incident occurred in the Morebeng policing area, on the 26th of November 2014 at about 1PM.

“The couple was driving in a grey Toyota Yaris when they offered a lift to two men who were hitchhiking from Polokwane to Musina and travelling along the N1 highway,” said Col Ngoepe.

“Along the way, Mabosvo took the Ramokgopa road claiming that he was going to pick up someone whom they were travelling with to Musina. Out of nowhere, the female passenger (Mukutiri) produced a firearm, pointed at them and demanded money.

“The first accused person quickly stopped the vehicle and searched all the victims and robbed them of money and cellphones. They then dropped them at the nearby bushes”.

He said in another incident which occurred on November 28, 2014, at about 10:30PM, two ladies unknown to each other hitchhiked a navy blue BMW driven by Mabosvo who was with Mukutiri as a passenger.

Col Ngoepe said when they had travelled for a few kilometres before Musina town, Mabosvo deviated from the N1 road to a secluded terrain without saying anything.

He said Mukutiri then produced a firearm and pointed at the two ladies while Mabosvo stopped the car before producing a knife. “The accused persons then stripped the complainants of their bags containing R50,000 cash, clothes and cellphones. They later dropped them and drove off.

“In the Makhado policing precinct, on 25 January 2015 at around 9PM, four victims including one woman asked for a lift from a Toyota Corolla, with a male driver and one female passenger driving along the N1 road to Pretoria. Suddenly, the driver stopped the vehicle and produced a firearm and started to demand money from them, as he was instructing them to alight from the car,” said Col Ngoepe.

The police spokesman added that one of the male victims grabbed the driver resulting in a fight and Mabosvo was over powered.

He said the accused then dropped the firearm which crashed into pieces and the victims realised that it was a toy gun.

“One of the complainants managed to contact the police who then apprehended Mukutiri.

“A manhunt for the male suspect was initiated leading to his arrest on the same day,” he said.

Limpopo’s Provincial Police Commissioner Lieutenant General Nneke Ledwaba welcomed the imprisonment of the duo. He said their arrest was a motivation for the police as they seek to enhance the safety of all people within the province.

“The case was allocated to the investigating officer attached to the Saps Provincial Detective Unit, Sergeant Qhinani Mgabini. The Sergeant investigated all these cases meticulously until he ensured that the two criminals are sent to jail for a long time. “This adds more value in police efforts to keep this province a safer place at all times,” said Lt Gen Ledwaba. The Chronicle

Hwange to honour Nakamba with statue