For winning a bronze medal at the just-ended Cosafa Women Championships in Port Elizabeth, the Mighty Warriors will pocket $2 400. 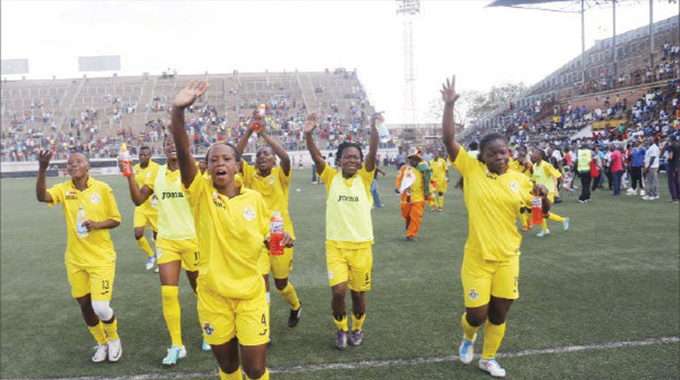 The team, which returned home on Tuesday, will start receiving their money once the association deposit the money into individuals’ player accounts.

The women’s national team and their developmental side, the Under-20, participated at the regional tournament where they finished third and fourth.

The Mighty Warriors lost 1-3 to South Africa in the semi-finals but beat Botswana 1-0 to finish third at the regional tournament.

The Under-20 side, featuring in the inaugural tournament, lost to South Africa in the third/fourth play-off.

Light cast on the madness that rocked the Mighty Warriors…

The agreement revealed the Mighty Warriors will receive a bonus of $600 each for the victories in the three group matches against Angola (4-1), Mozambique (4-0) and Eswatini (7-0).

Each player will also claim $600 for the play-off victory against Botswana.

The players will be paid a further $150 as appearance fees as well as $50 local daily allowance for the days they were in camp before they left for South Africa on June 29.

For their duration of the tournament which was 17 days, the players will each get an allowance of $75. The Chronicle