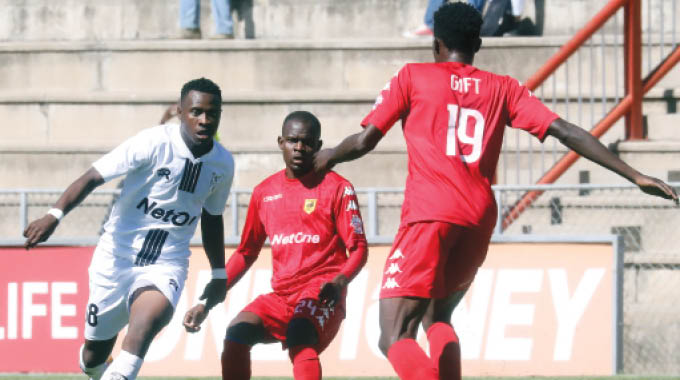 Makanda scored the only goal of the match in the 67th minute after he fired in from a Prince Dube rebound five minutes after being brought in for Brian Banda.

Both teams wasted goal scoring opportunities and in the end Makanda’s goal was what made the difference.

Mandla “Lulu” Mpofu, the Highlanders coach was pleased with the win over a team that went into this weekend’s action in third place. Yesterday’s win lifted Highlanders to ninth on the log with 23 points.

“I am very happy with the three points that I took from a team that at this moment was the team of the moment, that is playing beautiful football, where they are at this moment it’s not by mistake, it’s because they are a good team. They have got good players, a young tactician, a young coach who has gone out and got some results where people thought they could not,’’ Mpofu said.

The win over Chauya Chipembere meant that Bosso had collected six points in a space of four days having overcome Chapungu by a similar margin on Wednesday at the same venue.

“Six points in four days, obviously as a coach I am happy, a better performance today I think but not great in the first half, played a team that wanted to fall back every time we tried to attack. We hope this momentum can get better going forward,’’ said Mpofu.

The man who took over from Madinda Ndlovu at the beginning of last month is not getting carried away with the winning impetus, with his worry being how to maintain that.

“If we keep winning, there is pressure of winning the next game so from now, we’re celebrating today but we are planning for the next game.

“How best can we keep this momentum, which is very important but going forward of course as a technical team we have to dig even deeper to make sure that we continue getting these results.”

Herbert Maruwa, the Rhinos coach felt that they momentarily lost concentration and that cost them.

“We went to sleep for a second, that’s where the difference is, we tried to come back, we got our chances but we missed, its part of the game. Failing to mark Prince, he was coming deep so they failed to contain him,’’ Maruwa said.

Memory’s tale of woe…. Tuku’s love child on life before, after icon’s death