Four suspected robbers yesterday appeared in court for robbing two businessmen at Draycott Farm of over US$73 000. 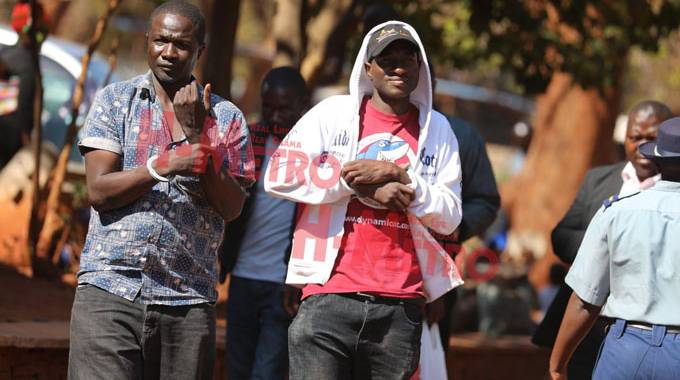 Tapera Nyambayaro, 49, Bonface George,37, Wonder Amidu, 51, and Paradzai Matubu, 27 were not asked to plead when they appeared before Harare magistrate Learnmore Mapiye who remanded them in custody to today.

Prosecuting Francesca Mukumbiri alleged that on July 30 at around 3:30pm, the four accused persons were in the company of their four other alleged accomplices who are still at large , namely Farai Chikadaya, Alvin Matunhire, and two police officers namely Constables Moyo and Constable Chisango hatched a plan to rob Draycott farm in Harare.

The gang allegedly drove to Draycott farm in two getaway vehicles, a Toyota Allion and a Blue Mercedes Benz.

Upon arrival, they parked their getaway vehicles a few meters from the main gate while the other four travelling in the Toyota Allion approached the main gate.

They indicated they wanted to search or drugs in the premises accusing the complainants of illegally dealing in drugs. 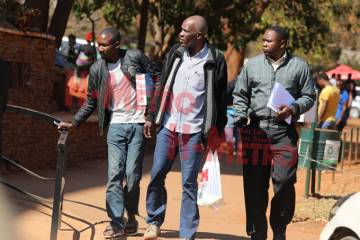 They allegedly produced police identity cards and complainants showed them some pharmaceutical drugs which were in the farm dispensary clinic and during the search, the accused saw a safe in one of the offices and they requested the complainants to open it.

Complainants complied and opened the safe in which the accused saw large bundles of United States dollars and bond notes inside which caused one of the accused asked the source of cash and its legitimacy which complainants provided proof of banking and withdrawal slips.

The four indicated that they were arresting Creighton and Butler for keeping large sums of money and were taking them to ZRP Harare Central Police Station and responding to that, the two took a box with USD$72 454 together with a file that had bank withdrawal slips and loaded them into the boot of the gang’s Toyota Allion.

Creighton and Butler were also ordered to get into the car with two of the accused persons while the other four drove the Mercedes Benz following closely behind.

Upon arrival at the police station, they parked the getaway car along Robson Manyika Avenue and one of them disembarked from the car and walked towards the main entrance.

The three remained with the two complainants and drove to Westwood Road in Kambuzuma where they stopped at a secluded place and ordered them to get out of the car.

The robbers attempted to drive off and Cleighton dived back into the car but was pushed out and sustained severe head injuries leaving them at the scene.