Brazil prisoner who dressed up as daughter to escape found dead 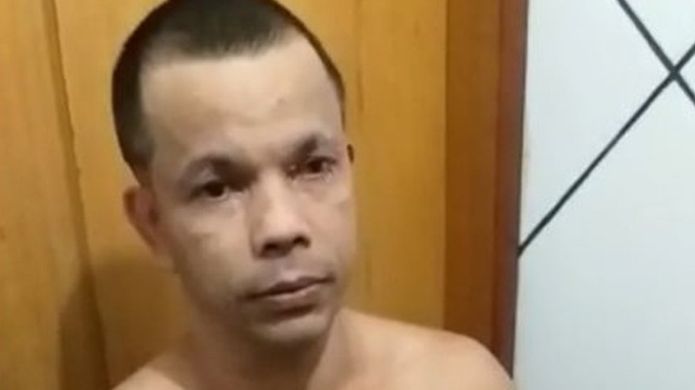 Prison officials said it appeared that Silva had hanged himself.

Guards on Saturday stopped Silva as he tried to walk out of the prison disguised as his teenage daughter .

A video that showed him removing his disguise – which included a silicone mask and a wig – piece by piece received widespread media coverage.

Silva was 42 and was serving a sentence of 73 years and 10 months for drug trafficking.

On Tuesday guards found him in his cell in Bangu 1 prison in Rio de Janeiro state, to which he had been transferred after his unsuccessful escape attempt.

Brazilian news site O Globo reported that he had been held in solitary confinement since his transfer.

Silva made headlines after he attempted to escape from Bangu 3 jail by donning a silicone mask, black wig, glasses, bra and T-shirt in an attempt to look like his 19-year-old daughter, who had visited him.

Guards were not fooled by the disguise and took a video of Silva as he removed his disguise step by step.

Silva’s daughter, who had stayed in his cell while her father tried to escape, was being investigated along with eight other people for their alleged involvement in the attempted jailbreak.

Silva had escaped from prison once before, in 2013, when he absconded through the sewer system of a jail in Gericin. He was later apprehended. BBC News