By Arron Nyamayaro and Desmond Munemo

A self-styled prophet is reportedly starving his four children saying he was acting in accordance with spirit’s orders. 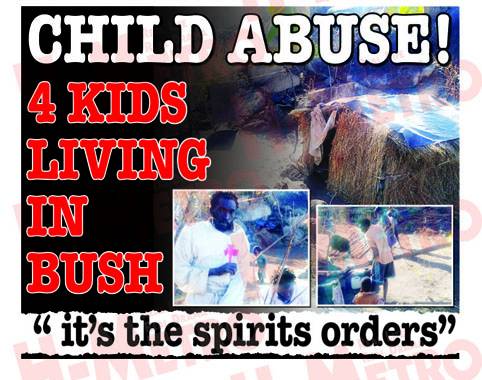 Madzibaba Daniel Chiwere of Johanne Masowe Yenyenyedzi Nomwe is staying at a hill summit with his wife and four children where he claims to be fasting for the people of Domboshava.

He could not reveal when the fasting would end saying he will wait for the spirits to tell him. Madzibaba Daniel and his family do not take unleavened bread, soft drinks, refined mealies, meat and anything with yeast. 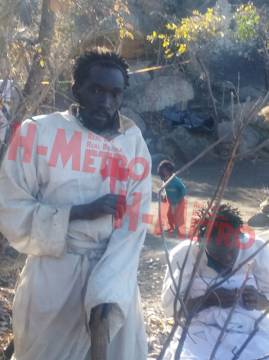 “I am not sure when we will be ordered to stop and I cannot change from that because of children or because of anyone,” Madzibaba Daniel said.

‘My father hated me for being a girl’

The dread locked Madzibaba Daniel said he was advised by the spirits to take some fasting for Domboshava people and was not going to accept any form of transformation for his life. 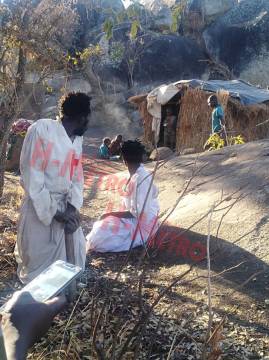 He said he will not accept donated food or clothing for his children.

“It is not easy to live in a mountain like this with my family but I have to follow what has been revealed to me by the spirits,” said Madzibaba Daniel.

“To some it is like I am abusing my children while others think that I am mentally challenged but the truth is that I have to fast for the sake of Domboshava people. 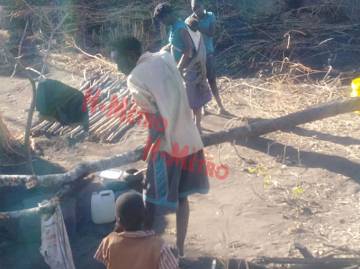 His wife Josephine is nursing a one-year-old child and the others are aged seven, nine and 12.

Narrating her experience with the four children, Josephine blamed Madzibaba Daniel’s spirit describing the life as tough and unbearable. 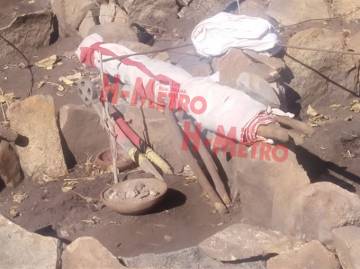 “Life is unbearable considering that I am staying with children here in this mountain (hill),” said Josephine.

“We only depend on sweet potatoes, ground nuts, cassava, millet and rapoko and the spirits do not allow us to eat bread, any soft drinks or white sadza.

“Our neighbours at first thought that we were poor and they donated food and clothing but the spirits could not let us take the goods. 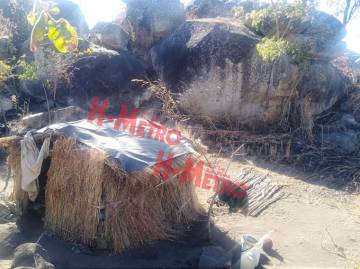 “I later went behind my husband to visit the school where our children go and I spent the day working in the garden in order to clear school fees arrears. I did this behind my husband’s back because he did not allow me to work ever since we started staying here,” she said.

Josphine said she sometimes sells firewood to fend for the family but she would have a challenge on what meal to prepare because of limited options provided by the spirits.

“Last week I pleaded with the spirits to allow us take Mazowe drink so that our little child could have a supplement of breast milk.

“To be honest life is not easy here but we have nothing to do; tanzwa nekudya manhuchu and on Sunday we had to walk from this hill with children to Showground where I wanted to consult Chief Chinamhora,” she said.

She added that sometimes she and her husband do not partake a meal that would have been deemed taboo for the children.

He got angry at the crew when he realised that they had passed through his shrine which was adjacent to grave.

His two children narrated how they longed to get enough food that include meat while blaming their father over how they are being treated in the name of religion.

They explained how they arrive home emotionally spent from school which is almost 8km away only to eat maputi.

A 12-year-old girl climbed up the hill carrying a 20litre bucket full of water and quickly washed their uniforms without a soap saying the spirits do not allow them to use soap. H-Metro

‘Haters are a blessing to me’

‘My father hated me for being a girl’

Father in court for throwing daughter off roof