A gang of four machete-wielding robbers broke into the house of an Esigodini gold dealer and robbed him of R6 850, $4 700, US$10, shoes and two cell phones. 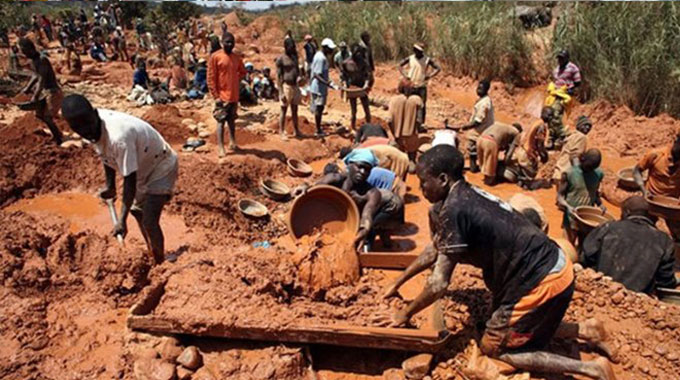 He said the gang that was armed with machetes, axes and knobkerries broke into the house while the gold dealer was asleep and threatened him before robbing him.

Police did not release the name of the complainant.

“I can confirm that we recorded an armed robbery case which occurred on Friday at Esibomvu at around 2AM. The complainant who is a gold dealer was asleep in his house when four men who were armed with machetes, axes and knobkerries broke into the house.

“They threatened to attack the complainant and demanded cash. They left with $4 700, R6 850, US$10, four pairs of shoes and two cell phones. Investigations are underway and no arrests have been made,” he said.

Chief Insp Ndebele appealed to members of public who might have information on the whereabouts of the robbers to contact any nearest police station. The Chronicle