Ex-Bantu Rovers and Highlanders twins Elvis and Kevin Moyo (pictured above) say their recent move to South Africa’s Absa Premiership side Chippa United did not come on a silver platter. 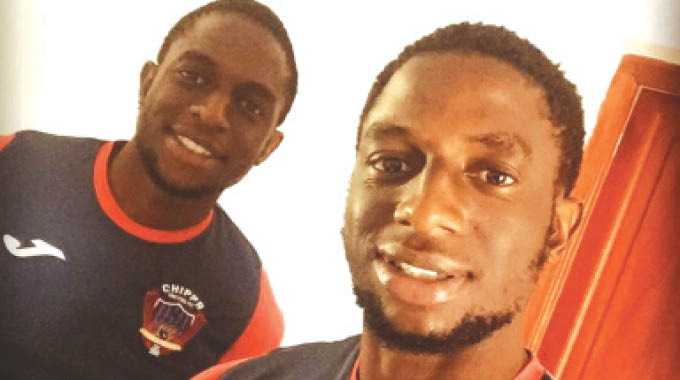 It was an achievement that came their way courtesy of hard workas they have always wished to play in a foreign league.

“It has always been our ambition to play outside the country and we had to grab the opportunity when it came our way.

“It has always been our prayer to be recognised by teams outside Zimbabwe and we have worked very hard for our dream to become reality.

We are happy we finally made it,” said Elvis who was doing duty for FC Platinum together with his identical twin brother before they put pen to paper at Chippa.

He believes that the recent development was a stepping stone for them to achieve more.

“We believe this is a stepping stone to us. We have to work hard to achieve more,” he said.

The twin brothers joined FC Platinum in 2013 from Bantu Rovers.

The duo comes from a footballing family. Their elder brother Thabani “Kanu” Moyo is a former Highlanders and How Mine forward who had a playing stint in Cyprus playing for Olympiakos.

Their father Bishop is a yesteryear great who turned out for Eagles.

So good was Bishop that he captained Mpopoma High School, an institution he attended between 1972 and 1975.

He later moved to Bulawayo Wanderers (Eagles) where he played his senior league football with some of the best players in the country then.B-Metro

Two derbies on the cards