Real Madrid have placed £72 million price tags on both Isco and Marco Asensio amid reported interest from Manchester City, Manchester United and Liverpool. 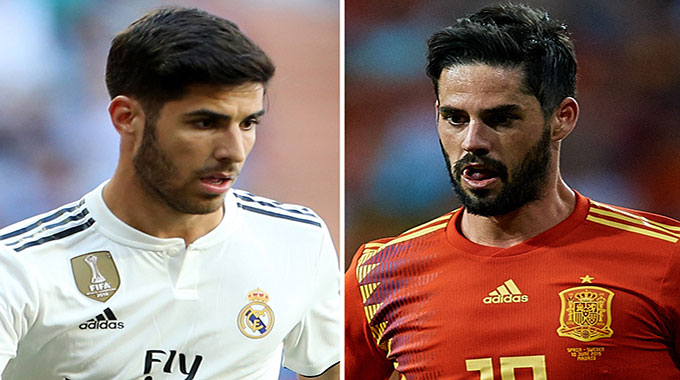 Both players found themselves on the periphery of first-team action last season with Isco being limited to just 11 La Liga starts, while Asensio fared slightly better with 19.

The duo are understood to be available for transfer should the right offer come in but Real have no intention of allowing either to move on in a cut-price deal.

Los Blancos are keen to recoup some of the money they have already spent this summer for Financial Fair Play regulations after the big money captures of Eden Hazard and Luka Jovic.

Real are also still being linked with other moves, with the rumours surrounding Paul Pogba’s arrival not disappearing.

Isco has reportedly been courted by both Manchester United and Manchester City this off-season, while Asensio is understood to be wanted by Liverpool.

However, the report indicates that both players are happy to stay at the Bernabéu and fight for their place in manager Zinedine Zidane’s team. — AFP.

Guardiola on Liverpool’s poor play: ‘They drank a lot of beers last…

Burnley ‘ashamed and embarrassed’ by banner flown above Etihad Stadium…