New drivers could be banned from driving at night, UK ministers say

New drivers could be banned from travelling at night as part of plans to improve road safety. 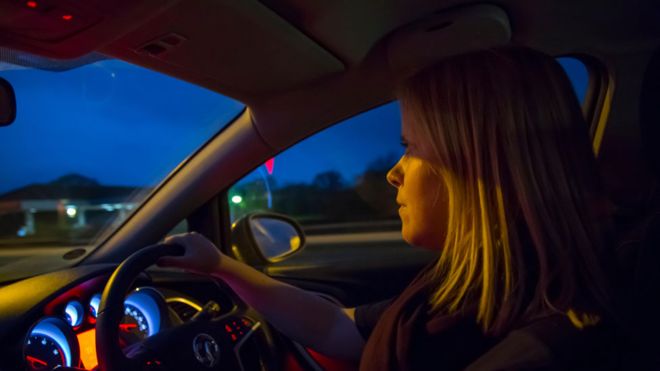 Plans for a graduated licence system to restrict novice drivers in England, Scotland and Wales were announced by the Department for Transport (DfT).

The move comes as figures suggest one in five drivers are involved in a crash within a year of passing their test.

But the AA warned “excessive” safety measures could become an “unnecessary burden” for motorists.

As well as not driving at night, the DfT said the system could feature restrictions such as a minimum learning period and not driving with passengers under a certain age.

The DfT did not say how long the measures would be in place after someone had passed their driving test.

Road safety minister Michael Ellis said getting a driving licence could be both “exciting” and “daunting” for young people.

He said graduated driver licensing could “help new drivers to stay safe and reduce the number of people killed or injured on our roads”.

The DfT is considering how the system could work, as part of its Road Safety Action Plan, which will be published on Friday.

A spokeswoman said research as to how the scheme would work in practice and no further details will be available until 2020.

A Scottish Government spokesperson said ministers supported introducing a graduated licensing scheme, but representations to consider devolving power to Holyrood to enable this have been rejected.

Plans in Northern Ireland to launch a graduate licensing pilot scheme have been put on hold due to the absence of government.

Graduated licensing schemes already operate in several parts of the world, including New York and California in the US, Ontario and British Columbia in Canada, New South Wales and Victoria in Australia, and across Sweden.

They have previously been rejected in Britain over concerns they would restrict young people from accessing education and employment.

Under current rules, new drivers risk having their licences revoked if they accumulate six penalty points within the first two years of passing the test.

But there are no restrictions on when people can drive or the age of their passengers.

While the Royal Society for the Prevention of Accidents (RoSPA), also welcomed the trial, the AA warned any such scheme should be “properly researched and piloted” to avoid creating an “unnecessary burden”.

AA president Edmund King added: “For many people, excessive post-test restrictions could negate the purpose of them having a driving licence in the first place – such as driving to work on early or late shifts when public transport is not convenient.” BBC News