A woman who allegedly caused a flight to be diverted due to “extremely disruptive behaviour” has been given an £85,000 bill by an airline. 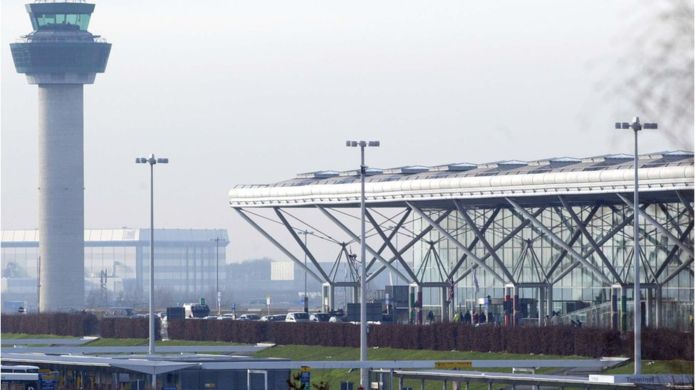 The flight to Dalaman in Turkey was redirected back to Stansted Airport on 22 June.

A 25-year-old woman from Maidenhead in Berkshire was arrested on suspicion of common assault, criminal damage and endangering an aircraft.

Airline Jet2 said she has been billed £85,000 and given a lifetime ban.

The woman attempted to open the aircraft doors during the flight and displayed a “catalogue of aggressive, abusive and dangerous behaviour” before being restrained by staff and passengers, according to the airline.

Steve Heapy, chief executive of Jet2, said her behaviour had been “one of the most serious cases” the airline had experienced.

He said: “She must now face up to the consequences of her actions, and we will vigorously pursue to recover the costs that we incurred as a result of this divert, as we do with all disruptive passengers.”

The flight was escorted in to land by RAF Typhoon jets with residents reporting their houses shaking due to a sonic boom.

The woman was released on bail until 21 August. BBC News