Four children packed fishing rods and money into a 4×4 before illegally driving themselves more than 900km (560 miles) across Australia, police say. 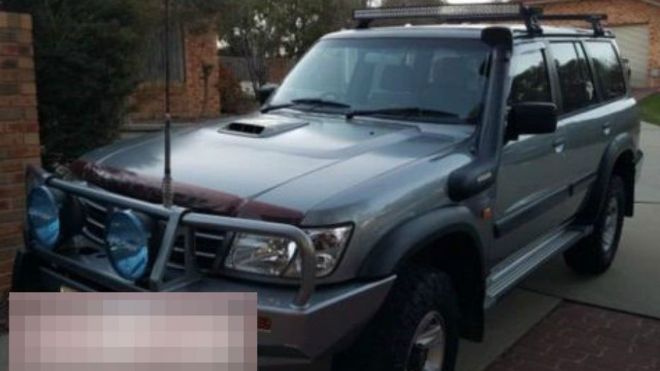 The three boys and a girl – all aged 10-14 – were discovered safe in the New South Wales town of Grafton on Sunday.

They had left Gracemere, in Queensland, sometime earlier in the weekend. One boy reportedly wrote a note to his family to say he was leaving.

Police said they would lay charges, but did not specify which ones.

The children were not all from the same family and had stolen the 4×4 from one of their parents, authorities said.

Probe begins into deadly crash of firefighting tanker in…

Early on Sunday, about 140km into their journey, the group stopped at a service station in the town of Banana and allegedly stole petrol.

An employee there told Sydney’s Daily Telegraph that security video had shown the vehicle driving in “like normal” before someone got out to fill up.

“He is really short. Look he barely even reaches the window,” the service station attendant said.

Later that day, police spotted the vehicle in Glen Innes – a town near Grafton – and began pursuing it. However, officers stopped the chase due to concerns about the driver’s age.

The vehicle was later spotted on the side of a road in Grafton, according to Insp Darren Williams from New South Wales Police.

“[The children] locked themselves in the car and police have had to use a baton to get into the vehicle to arrest them,” he said, reported the Australian Broadcasting Corporation.

Insp Williams said the group had most likely shared the driving. A non-stop trip between Gracemere and Grafton would typically take about 10 hours.

“It’s a pretty big journey, and it’s a long way for a young person,” he said.

Police said they would question the children once their parents were present.

Motorists must be aged 17 or older to be eligible for a licence in Queensland and New South Wales. BBC News

Probe begins into deadly crash of firefighting tanker in Australia