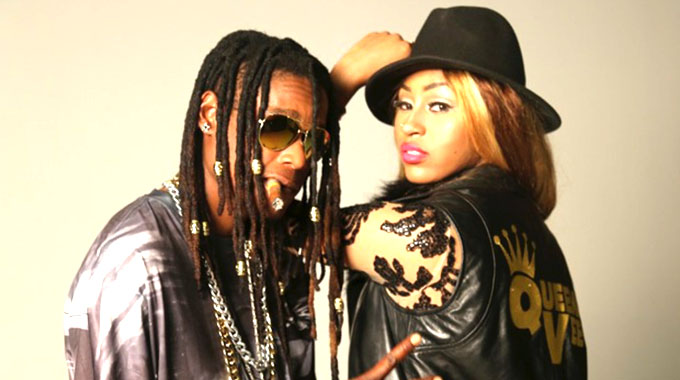 This is not the first time the two have worked together.

In 2016 they released a single titled “Mari Mari” which topped local charts and broke into the BBC Radio’s 1 Xtra Music Bot playlist. Speculation rose on social media after Queen Vee posted a mini video on her instagram page with Souljah Love dubbed “Chapter 2 vs 19”. The song was produced by Oskid and GtBeats.

Queen Vee said she has been enthralled by the chanter’s sound and hopes the collaborative effort will be liked by fans.

“I love his sound and thought that if we could infuse both our divergent sounds we would definitely come up with something special that music fans would appreciate,” she said.

The song, according to the former Miss Zimbabwe queen, is a song to lift up any one’s spirit.

“The majority of Zimbabweans are stressed with all kinds of things and they have pressure day in day out, so we wanted to do a song that would help people break free from that sombre mood, get them on their feet and not let the negative vibes control their lives,” she said.

Queen Vee said her fans should brace for more collabos.

“I’m working on more collaborations this year as I try to tap into different markets so that I can grow the Queen Vee brand on the African continent and beyond,” she said.

With sizzling music videos playing on regional channels, she is slowly positioning herself as a beacon of female supremacy on the local music scene.

The musician added another gong to her cabinet over the weekend as she won the Most Fashionable Female Artiste 2019 at the prestigious African Social Entertainment Awards (ASEA) in Johannesburg, South Africa. The Herald