A Durban man was traumatized after he found thousands of maggots crawling in his elderly father’s mouth while he was being treated for gangrene in the leg at a Chatsworth hospital.

The 52-year-old, Sadek Ebrahim, of Crossmoor died on Wednesday after being admitted at the RK Khan hospital on June 19. He died from natural causes.

His son, Azaad Ebrahim made the discovery on June 23 after he noticed his father’s upper to be extremely swollen.

Ebrahim claimed that nobody at the hospital had noticed and that it appeared nobody had been cleaning him despite him being in the High-Care unit.

“If they had been washing his mouth on a daily basis, they would have noticed. It was only while my uncle was feeding him cereal through a syringe while we were visiting him last Sunday, I noticed that his lip was swollen.

“At first I didn’t think much as I thought it could be due to all the medication he was on, but was concerned so I decided to lift it, that is when I saw the maggots in his mouth, and coming out through his lips. I ran out screaming for someone to help,” he said.

Ebrahim said their family was traumatised by the treatment that Sadek had received.

“Yes, my father was already very unwell as he suffered many ailments but we gave him so much of care and tried our best to take care of him only for him to be treated in such an inhumane manner. We feel this was a definite form of negligence on the hospital part.

He added that he would not let the matter rest until justice was served. 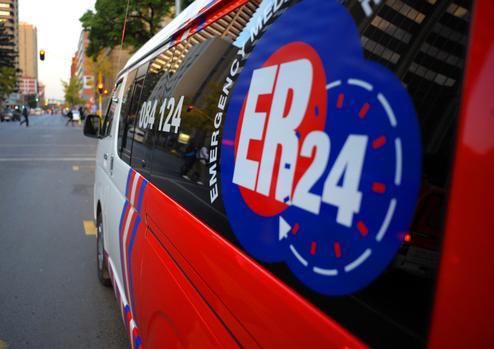 Department of Health told News 24 they were “extremely concerned about the filming and distribution of footage depicting a patient”.

Spokesperson Ncumisa Mafunda said: “Such an act, even if perpetrated by relatives of the patient, as it sometimes happens, constitutes a violation of the patient’s inherent right to privacy and dignity.”

Mafunda said that, although the department was prohibited from divulging clinical details of a patient and how they are managed, it confirmed that it had been treating him.

Kirsty swims into a storm