Six men allegedly raided a house in Bulawayo’s Mzilikazi suburb and pepper-sprayed a family member before getting away with R7 000. 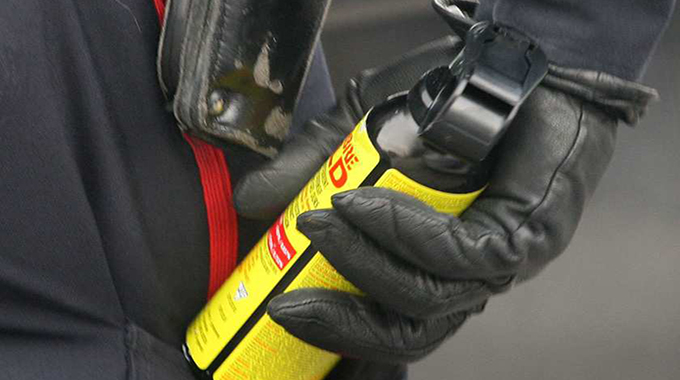 The gang attacked Mr Bhekimpilo Mukonka (28) at his family’s home on Wednesday at about 3:15PM pretending to be looking for his father who is a cross border transporter (umalayitsha).

“We are investigating a plain robbery case which occurred in Mzilikazi suburb on Wednesday in the afternoon. Six unknown male adults visited the complainant’s home asking to see his father who is a cross border transporter. The complainant, however, told them that his father was not at home. That’s when they pushed him inside the house as they pepper sprayed him on the face and subdued him.”

Pepper spray is a chemical compound that irritates the eyes to cause tears, pain and temporary blindness that is used in policing, riot control, crowd control and self-defence but some criminals are resorting to its use.

“The suspects are said to have demanded cash,” she said.

“They are said to have ransacked the house, entered one of the bedrooms where they retrieved R7 000 and got away with it. The suspects escaped in a white Honda Fit which had no number plates.”

Asst Insp Msebele said police suspect that the six suspects could have had information that their victim was keeping large sums of money at home.

“This was not a random attack. We believe the suspects had some information on their victim. They knew who the victim’s father was and that he had money in his house. We suspect that this was a well calculated raid by people who could be his close contacts. We are therefore appealing for information that would lead to the suspects’ arrest to come forward,” said Asst Insp Msebele. The Chronicle

MSU student kills self after father calls him to order