Fear has gripped Mpopoma high density suburb residents in Bulawayo following a suspected witchcraft expedition gone wrong after a guinea fowl dressed in red and black beads was found at a house, resting on a pool of blood and covered with a two-in-one blanket, on Tuesday morning. 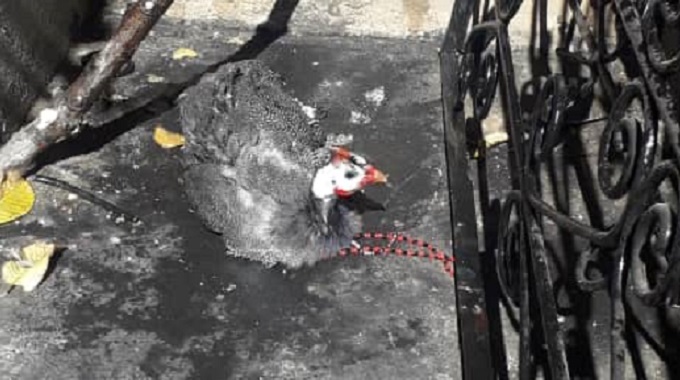 The bizarre incident, which could easily pass for a Nollywood movie script, happened at 4AM and attracted scores of residents.

A prophet from the Transformation Centre International who was called to ‘rescue’ the occupants of the house where the guinea fowl was found said the bird could be a witch in disguise. The Chronicle

10 days in prison for shoplifter