A LOCAL church leader has blasted hospitalised street preacher Apostle Talent Chiwenga for targeting other church leaders and churches in his sermons.

The leader of Johanne Masowe YeChishanu sect Madzibaba Spenlodge Madenyika said the street preacher Apostle Chiwenga always blew insults to other prominent church leaders adding that he will be punished by God.

“God has no superstar no-one has power to judge how much one prays, regardless of the church one goes to, machechi ose ari kutsvaga Mwari. The young preacher has tried to politicise God but he is bigger than that, a church leader should have humility

“In one of his sermons, he insulted Apostle Guti who is a leader par-excellence and I think if he had issues with him, they should not be ironed out in public,” said Madzibaba Spenlodge.

“You’re a member of a blood cult”: Apostle…

Last week Chiwenga was involved in a fatal accident and his wife, sister-in-law and another passenger perished in the tragedy. The names of the deceased were released as Rosemary Vhurumuku (51), Rejoice Jerina Chiwenga (28) and Eugene Tafadzwa Kanyuchi (34). 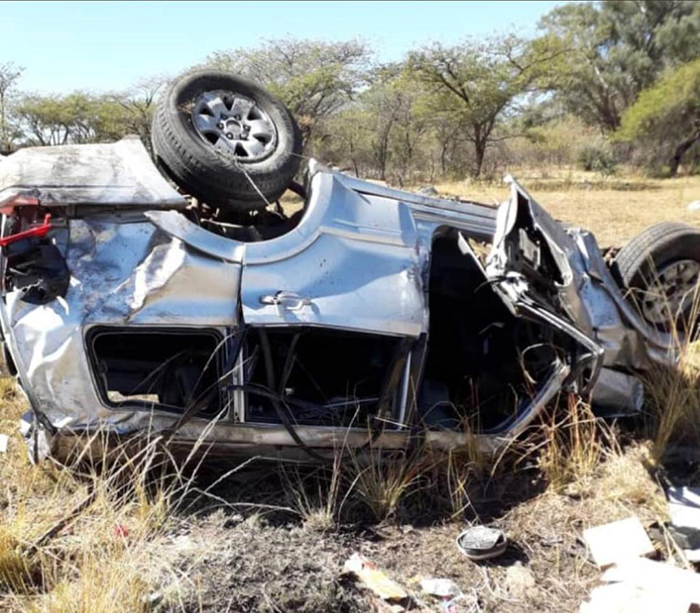 “Accidents happen all the time and people die all the time, however we send our condolences to him and his family and we wish him a speedy recovery so that he continues with the work of God.

“His bible even tells him that we are under our leaders, they are rightfully chosen that’s why they are at the top, even Jesus in one of his teachings even said give to Caesar to Caesar what belongs to him, and to God what belongs to Him,” said Madzibaba Spenlodge.

It is understood that Chiwenga was travelling in a Mitsubishi Shogun Pajero on his way from a church trip in South Africa. He overturned after losing control of the vehicle and some sources said a kombi without number plates overtook him and slowed down in front of his vehicle.

Chiwenga is popular for his hard hitting preaching where he criticizes Government for its corruption and brutality. He claims he is related to the county’s Vice President Constantino Chiwenga.

Talent Chiwenga early this month sought an audience with President Emmerson Mnangagwa claiming that he is being followed by alleged State security agents.

Last year, his cousin, the VP warned him against attacking the national leadership using God’s name vowing this was coming to an end. In the letter written on May 27, 2019, Chiwenga said:

Sir, I am being followed by unregistered vehicles believed to be from the Central Intelligence Organisation or from the Military Intelligence Department of the Zimbabwe Defence Forces, I am receiving death threats almost on a daily basis and this is because I preach the true gospel of Christ that condemns sin and calls all men to repentance, for God is not a respecter of persons.

“It is my honest and humble opinion Sir, that the people who are giving orders to military personnel or State security agents to kill me are your employees or your subordinates. I don’t see myself as a security or political threat to anyone in this country, because I am a preacher of the gospel whose tools are the Bible and the microphone.”

“I am therefore asking to see you so that I may among other things surrender myself to you and your administration so that if I do not get an opportunity to answer to issues I am being stalked and threatened for, at least I will save the government’s tax payers’ money which is being used to stalk me and harass me, if I have to die for the gospel I preach (which I am ready to die for), at least I will avail myself in person.”

‘Mnangagwa out of touch with reality’

Zimbabwe inflation soars to 10-year high of 97.85% year/year in May

“You’re a member of a blood cult”: Apostle Chiwenga fires back at…