Zimbabwe’s leading mobile network provider, Econet Wireless Zimbabwe, has emerged as the most popular telecom service provider, according to an industry survey for the year 2018. 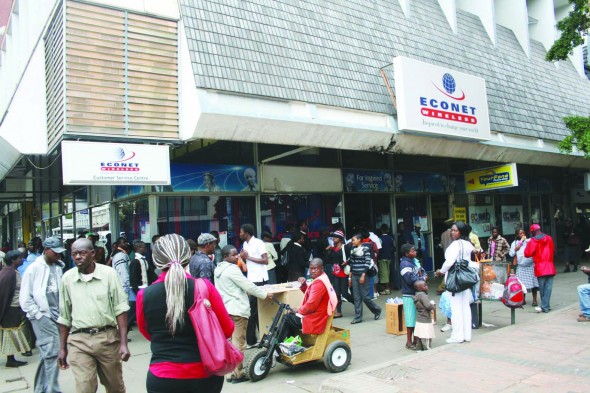 Econet, which is also listed on the Zimbabwe Stock Exchange where it is one of the most sort-after stock, topped the industry with 89 percent of household consumers and 88 percent of corporate users saying they were using its services.

According to the 2018 Consumer Satisfaction Survey commissioned by industry regulator, the Postal and Telecommunications Regulatory Authority of Zimbabwe (POTRAZ), Econet’s services are used by the overwhelming majority of Zimbabweans, followed at a distance by NetOne, which is used by 26 percent of household consumers and 36 percent of corporate users.

The third MNO, Telecel, is currently only used by 10 percent of household consumers and 13 percent of corporate users, according to the survey released by POTRAZ this week.

The survey, conducted by Topline Research Solutions (TRS), a Consumer Satisfaction Survey (CSS) to measure consumer satisfaction levels with overall service delivery from their respective postal, telecommunication and courier service providers, also showed that most MNO users frequently or “often use” Econet for their services.

NetOne is often used by 16 percent of corporate consumers while 5 use Telecel.

Commending on the survey, an Econet spokesman said the survey is testimony to the massive investment the company has made in its mission to provide critical services to all consumers in Zimbabwe.

“It’s not surprising given what we have done in terms of network infrastructure investment, as well as ensuring that we keep abreast with the latest technologies for the convenience of our customers.

“It is our goal to continue improving the customer experience on our network, and our investments speak to that,” the spokesman said.

Overall, the survey showed that consumers of telecommunications and postal services in Zimbabwe are generally happy with service provision. The Herald