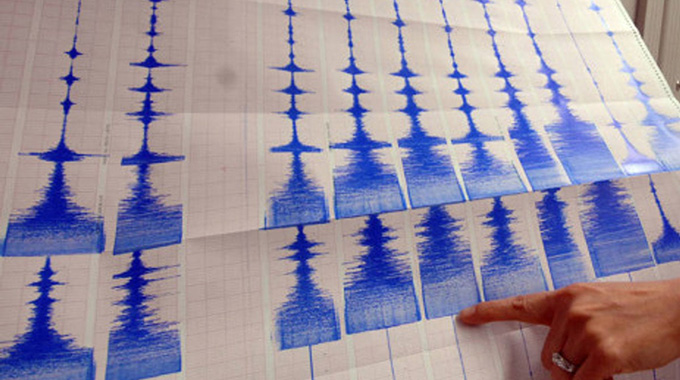 The Meteorological Services Department (MSD) has confirmed that a moderate earthquake measuring 3,9 in magnitude was experienced in Kariba, Mashonaland West on Saturday and no injuries were recorded.

Responding to questions from The Chronicle yesterday, a seismologist at the Bulawayo MSD Mr Kwangwari Marimira said most of the earth tremors which occur in the mid-Zambezi basin under which Lake Kariba falls, are called reservoir-induced earthquakes.

“An earthquake of magnitude 3,9 was experienced in Kariba on the 1st of June 2019 at 10:28 UTC and the local time was 12:28PM. The reports that we obtained from our personnel at Kariba Meteorological Office indicate that there were no casualties or injuries that were recorded. This was a moderate earthquake,” he said.

The earth tremor was felt in Kariba and surrounding areas.

“The epicentre of the earthquake was determined to be about: Longitude 16,770S and latitude 28,633E. The personnel at our Kariba Meteorological Office confirmed the shaking in Kariba as well as surrounding areas,” he said.

Mr Marimira said a number of people in Kariba felt the shaking and rumbling that occurred.

He said this was not the first time for Kariba to register earth tremors. “The impoundment of Kariba Dam also contributes to seismicity in the area. The largest earthquake to be recorded in Zimbabwe occurred at Kariba dam in 1963 and had a magnitude of 6,3.

“It occurred after the impoundment of the Dam and most earthquakes that occur in this area are attributed to the Dam (reservoir). There have been several other earthquakes that were recorded and some of them were felt in and around the area of Kariba,” said Mr Marimira.

He said during an earthquake people should move as little as possible to avoid injuries.

“If indoors, watch for falling plaster, bricks, light fixtures, high bookcases, and other furniture. Stay away from windows, mirrors, and chimneys. If in danger, get under a table, desk, or bed; in a corner away from windows; or in a strong doorway. And if in a high-rise office building, get under a desk and do not dash for exits,” he said.

After the earthquake, victims are required to apply first aid or seek medical help for injured people as well as avoiding fallen power lines or objects touched by the fallen wires. The Chronicle