According to Patricia Pinho, a Brazilian sociologist, “The ideal of ‘perfection’ not only establishes white beauty as universal but even determines the election of beautiful people amongst non-whites, based on how close they come to the perfect white beauty.” 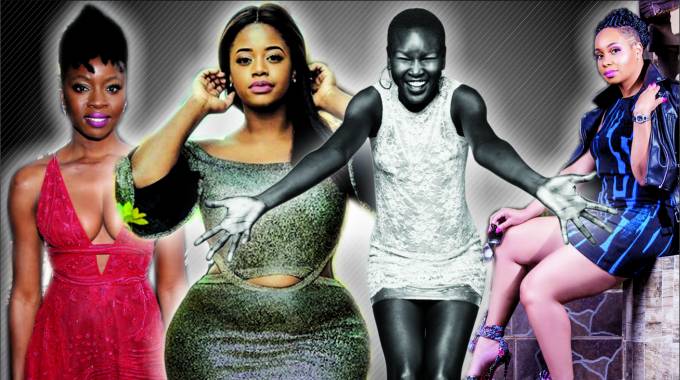 Who are these near perfect?

The ones with straight Indian, Brazilian or some other straight hair? Or is it those that use all kinds of substances, including injecting themselves with chemicals in order to lighten their skin?

The general definition of beauty from a quick internet search states that beauty is “a combination of qualities, such as shape, colour, or form — that pleases the aesthetic senses, especially the sight.”

Oliver Mtukudzi is not sick: Wife Speaks Out

In simpler terms — and to use the cliché — beauty truly is in the eye of the beholder.

However, every culture, rather people, have their own general definition or description of beauty, based on their shared background, socialisation and level of exposure to other cultures.

Which means that Africans, for instance, have their own collective description of beauty and so do Asians, South Americans, Caucasians, et al.

But is the black African model paraded on fashion runways in European capitals and splashed on the front pages of affluent magazines the true reflection of what an African calls beautiful?

Or have Africans been brainwashed to accept another culture’s definition of beauty as their own? Is this not the reason why African women, and now men, are increasingly buying skin-lightening creams to try to look like any alien race other than African?

In the past and now, shocking statistics have been published by our own Ministry of Finance and Economic Development, of how millions of scarce foreign currency, particularly US dollars, are spent on hair extensions.

That aside, is Alek Wek, one of the top 10 richest models of African origin, really the definition of African beauty?

With the advent of the “yellow bone”, it appears every woman who has a light skin in sub-Saharan Africa, where such skin tones are scarce, is the “most beautiful woman” around. Before Africa got into contact with the light-skinned people of this world, how did they define beauty?

Back in the 1960s, a cultural movement known as “Black is Beautiful” was started by African-Americans in the United States of America to dispel the racist notion that black people’s skin colour, facial features and hair were ugly.

But almost 60 years later — the black African is still trying to lighten their skin, still spends a lot of money on straight hair from other cultures and paints themselves every single day with a lot of imported chemicals known as make-up.

Just like the “Black is Beautiful” movement which started in the USA and spread beyond that country’s borders — today’s African must be reminded not to try and eliminate Africa-identified traits but instead be proud of who and what they are. The African Union, formerly Organisation of African Unity, just turned 56 years old on May 25 — yet there are still those among us who think that black people’s natural features are less desirable than those of white people.

While it is now normally agreed that slender bodies are largely healthier and safer from lifestyle diseases — the pencil-slim model being paraded on catwalks advertising fashion brands is not the typical African beauty by any standard. In fact, in the African culture — particularly in Zimbabwe — women that are too slim were frowned upon until recently.

This applies to men too. A strong African man is expected to have muscle, and a good fleshy frame as he is expected to carry out much harder chores than the women. They — are protectors, and physically a protector cannot be small.

Nowadays — outside the issue of being slim for health reasons — women are getting anorexic because of their obsession with pencil-slim bodies like those they see on television.

But African women are not built like that — they have their own distinct features that include thick lips, huge bosoms, big bottoms and so forth.

Until the recent emergence of what is called the African print or African wear — largely popularised by Nigerians, rather by West Africans — European dressing was the in-thing, it still is. This probably explains why, in a bid to try and fit into the small European and Asian clothes sizes, the African woman is trying to be smaller.

The issue of clothes is understandable, though, considering that in the old days, some Africans only wore animal skins, and later some fabrics they got during trade, clothes which were required to cover only a section of the body.

But who dictates what Africans should wear today? Do Africans have their own voice in that aspect? What is the African “national” dress?

When all is said and done — the question remains; so who is defining beauty for Africans?

Research indicates that after years of slavery and colonialism — the idea of blackness being ugly got into the psyche of Africans, manifesting itself as internalised racism. Some Africans even believe they are children of a lesser God.

To truly prosper, however, Africans must truly introspect and find within themselves — who they truly are.

Whether it is issues of religion, political ideology, economic systems, etcetera — Africans much chart their own path. The Sunday Mail

Oliver Mtukudzi is not sick: Wife Speaks Out