Bulawayo based manufacturing shoemaker Millennium Footwear has managed to grow in leaps and bounds over the years to position itself as one of the country’s leading shoe manufacturing company. 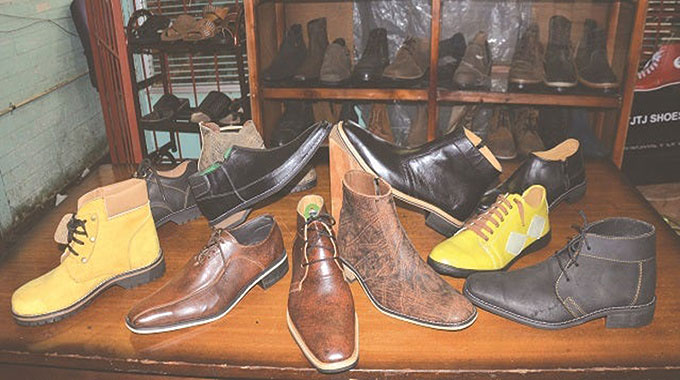 The journey started in 2000 bearing the company name Millennium Footwear, where it operated on a small-scale in Bulawayo.

It specialises in making shoes from exotic leathers which include elephant, crocodile, ostrich, buffalo, hippopotamus and giraffe.

In an interview, company’s co-founder and administrator Mrs Sikhangezokuhle Simali said the company has employed 25 skilled workers at the factory and retail shop.

“As a company we have managed to create employment for 25 people now working in our factory where shoes are manufactured and the retail shop which sells components that help small businesses doing repairs,” she said.

Mrs Simali said does not believe in competition but treats other companies in the same industry as associates.

“Millennium Footwear is not there to compete with other businesses in the same industry but is there to help them grow their products because by doing so they produce better products pushing us to produce even much better products that are on standard in export market,” said Mrs Simali.

She added: “As a company we have managed to grow our brand to an extent of importing first regionally then on a smaller percentage internationally. Our products are not only sold in Bulawayo but in the whole of Zimbabwe’s retail shops and even internationally in surrounding countries.”

She, however, said financial challenges were affecting the operations of the company.

“The major challenge we are facing is the shortage of foreign currency because when making a shoe, about 90 percent of the material used is exported from South Africa.

“Another challenge we are facing is that people from Zimbabwe export all quality raw hides to South Africans who come to them with foreign currency as well as more money than we have and then we have to go them to re-import our own products and triple the price they used to buy them,” she said.

Mrs Simali said the company was working on making sure it gets a bigger share on the export market through producing goods that are standard in the market.

“Our future plans are to make sure that we find a bigger export market in order to survive as a company because locally we have plenty of orders but they at the moment cannot sustain the company because of the inflationary pressure being experienced,” said Mrs Simali. Sunday News