Former Black Chiefs goalkeeper Henry Moyo who is based in the United States of America believes muthi does not work in football. 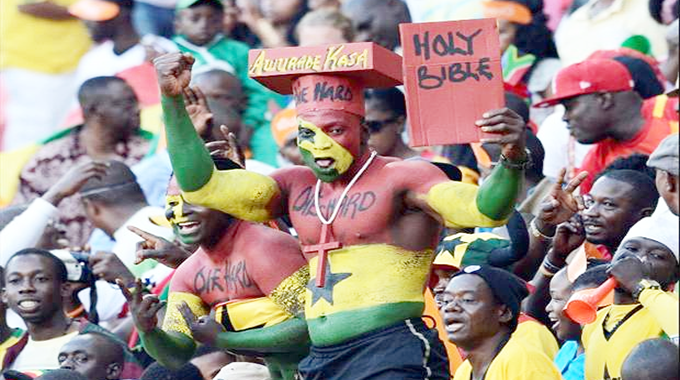 However, he says psychologically it helps boost a player’s confidence believing that supernatural powers are at play.

Moyo, who is in the country on holiday, says tactics and quality in the dressing room is what is key. He has admitted that during his stint at Black Chiefs in the short-lived South Zone Soccer League his club used muthi to enhance performances.

“Yes, we used muthi there were at times we were smeared with buffalo fat all over the body. At times big dishes with herbs would be brought to the dressing room and we would wash in them and race onto the pitch with full belief that we would run over our opponents.

“Our opponents too indulged in voodoo activities. So much happened before the matches in the dressing rooms. For instance it was common for teams to scale over fences fearing that if they used the conventional entrances they would fall,” said Moyo who has had a stint coaching the Jordan national soccer team.

Moyo, who left the country in 1979 to join the armed struggle but ended up in Germany on a Zapu scholarship to study engineering and holds several high level coaching qualifications including the English Football Association badge, says after extensive coach education he now thinks otherwise about muthi.

“Honestly I believe a team is as good as its players and coaching department. It is the material at a coach’s disposal and tactics that win the game.

“Funny enough when the team loses the jujuman has excuses all the time. He never admits to his muthi being weak. Someone within the team gets the blame for the loss that he probably did not take instructions well from the jujuman. In my coaching there is no room for that and I dissuade my players from such beliefs,” said Moyo.

Moyo recalls how in one match he was taken to Gwanda and incised on his face.

“That was painful. In the opening minutes of the match I could still feel the pain. You will never believe at times as goalkeepers we saw things like rabbits and all sorts of weird things but that did not help our football in any way,” said Moyo.

“Proper talent identification, training and resources and an administrative set up that gels in well are the ingredients a team needs,” said Moyo who was a teammate, friend and dormmate of legend Tito Paketh at Fatima Mission up to 1979.

Moyo who was a young goalkeeping prodigy identified from a police team at Ross Camp by a Ngwenya who was a manager of Black Chiefs, says back then there was so much talent and passion in the game.

“We played for the love of the game. Many of the great players of the yesteryear era were gems, look at my teammate Alfred Ngedla Phiri and Majuta Mpofu of Highlanders, they were as good as great footballers come, they deserved to play beyond our borders.

“I am talking about players who were in the South Zone but there were other greats plying their trade in the Rhodesia National Football League who deserved much better for their skills. This country had amazing talent I tell you and the football was exciting week in and out,” said the former Black Chiefs star nicknamed Seargent by Big Joe Jotham Moyo because his father was a serving officer at Ross Camp.

Moyo praised strikers of that era like Onias Musana of Plumtree side, Black Horrors.

“Then there was this big light in complexion forward, Onias Musana from Plumtree. He was a gem and I was not surprised that he would later sign for Moroka Swallows in South Africa and Zimbabwe Saints. He deserved all he got as he was just superb,” said Moyo of the former Thekwane High School player who would later play for Zimbabwe and Bata Power.

He also recalled playing against Gwanda Ramblers who like the Horrors’ Musana-Lemmy Mnenekwa partnership had their own twins Mactavish Dube and a Muriyengwe.

“He (Dube) was a pacy striker with a terrific left foot who would later go for a trial with Highlanders. Almost every team had exciting talent to talk about and fans would look forward to the weekends. I miss the vibe of old and for the first time in 40 years I will be at Barbourfields Stadium to watch a game,” he said.

Moyo had good words about two other elegant gentlemen of the game Tymon Mabaleka the Whitehorse and Melusi “Doc” Sibanda.

“They were midfield giants who had everything in them to compete and excel at any level. They made the game look so easy yet intricate with a class of touch in all aspects of the game. But in their peer Alfred Phiri I had a mentor and a role model. He was a perfect gentleman and teammate, I also remember our striker Francis Sikhosana who gave me a baptism of fire on my first day at Chiefs,” said the development master.

Sikhosana, he said, sent a hot cracker at goal that hit Moyo on the forehead and left him dizzy and all at the club laughing at the young goalminder.

“I will never forget that strike. The shot was so hot that it came straight at me and went through the hands on to my head. The moment it left his foot it flew as a sizzling lump that one could read Adidas on it as it flew and went through a pair of hands to hit my head. That marked my arrival and I was to guard the posts for the club until my departure in April of 1979 for Botswana,” said Moyo.

He played briefly for Botswana’s Gaborone United and then left for Germany on a Zapu scholarship as the party readied itself to govern Zimbabwe with qualified personnel.

In Germany he played briefly for a second division side Allen FC before he was diagnosed with a liver problem leaving him to concentrate on his engineering studies.

He was to start coaching youth teams there until 1993 when he left for the United Kingdom where he advanced his coaching knowledge, attaining FA credentials.

After over a decade he found himself in America now his home with his grown up sons Themba (30) and Dumiso (24).

He coached university teams before starting his own football school.

“I worked with them at Lindsey College and they made the school one of the top 10 football universities across the US. I am happy Mkhokheli achieved what he has even on his return and I am delighted to say Thuba is also doing well as a development coach in the States. We will be together at my training camp that starts on 4 June in Florida State,” said Moyo.

Moyo draws inspiration in that he has assisted the goalkeeping department of the Jordan national team and has had some players from his college playing for their respective national teams.

“When Jordan set camp in the US Mike Dickey the then coach asked me to help him with his goalkeepers. It was an incredible moment for me to be recognised for such a role,” said the coach.

Moyo is happy to be visiting his country of birth with his sons.

“So great to be home where I am playing catch up with family and friends. I was happy to meet Tito Paketh my childhood buddy and I still hope to meet some legends of the South Zone like Ngedhla, British Mloyi, Big Joe, Doctor and many more in the next week,” said Moyo.

His sons Themba and Dumiso said being in Zimbabwe would help demystify some of the stories they hear on the media. Sunday News