Murder over text message …. city council guard on the run after killing lover 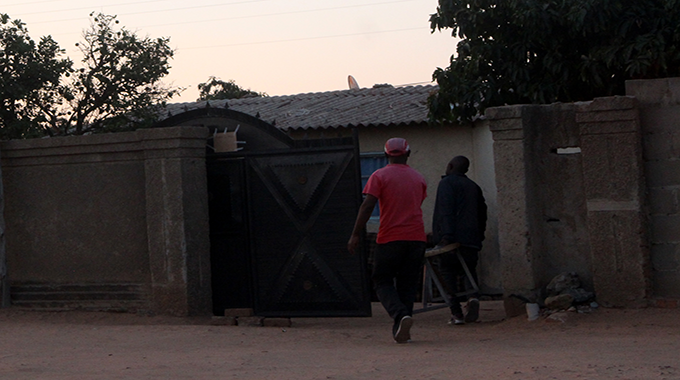 Absolom Ndlovu is suspected to have strangled his girlfriend Ms Vonai Mhoya (29) of Mpopoma suburb and is now on the run.

The two are said to have sought intervention from Ms Mhoya’s mother who offered counselling to the couple on Saturday night after they fought over the message.

Sources said the couple appeared to have resolved their differences and they returned to Ms Mhoya’s house.

Ndlovu is suspected to have killed his girlfriend during the night and left a note.

(This is the end result of prostitution and Linda’s mother is next. Farewell you prostitutes who are like your mother. I’m the one you hate, whose money you are after). ”

In telephone interview, Vonai’s brother Mr Vakai Mhoya confirmed his sister’s death but said he did not have finer details of what happened since he was at work when the incident happened.

When the news crew visited the late Ms Mhoya’s house, the family members were not around. A mourner present said they all left with the police and the body.

A source close to the family said Ms Mhoya and Ndlovu were last seen on Saturday at around 8PM. Ms Mhoya’s lifeless body was discovered yesterday morning by her mother.

“Vonai was last seen yesterday evening at around 8PM with her boyfriend at her mother’s house in the same suburb. The two had a misunderstanding and the mother helped resolve the matter,” said a source who requested anonymity.

The source said after the mother’s mediation, the couple went back to their house. In the morning at around 10AM Mhoya’s mother tried to call her but she was not picking the calls, which prompted her to visit the house.

“She found the door locked from outside with a padlock and all the windows were closed. The mother tried calling again and the phone was ringing inside the house,” said the source.

The source said Vonai’s mother checked for the keys and found them under the doormat. She then opened the door and was greeted by the lifeless body of her daughter.

Efforts to get a police comment were fruitless yesterday. The Chronicle

‘He would tell me I’m going to make you suffer’…. MisRed reflects

Tim Mutsekwa: Zimbabwe must prepare for hell in 2020