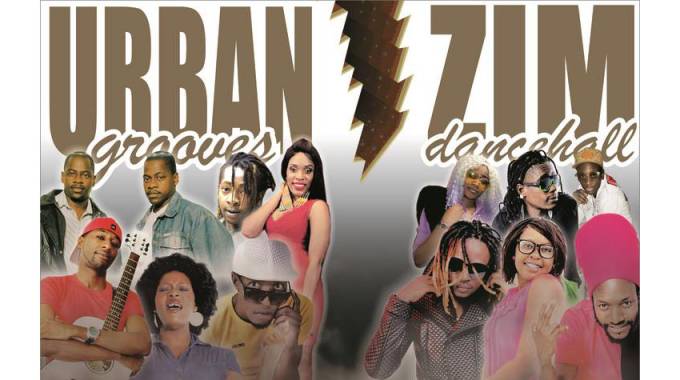 To be educated, or not to be — that is the question — whether it is nobler to take up the microphone or flip through pages of books to fight life’s challenges?

The “corrupted” verse from renowned English poet, playwright and actor, William Shakespeare, tries to explore whether education is really necessary for artistes.

Does education have an impact on musicians’ lives?

Are brains and talent necessary components in the music industry? Is it true that musicians are generally those who flunked at school, have no qualifications or back up plans?

These and other questions seethe when locals discuss about music and edification.

While one does not necessarily need to be educated in order to be a successful musician, it remains a fact that literacy is important for any trade.

An interesting comparison between pioneers of Zim dancehall and urban grooves could help in this regard.

Generally, it is argued that Zim dancehall is an offshoot/extension of the urban grooves. However, for the purposes of this article, we will treat the two as standalone genres.

One can be pardoned for supposing that academic differences between members of the two genres contribute immensely to contrasts of character and professionalism.

Perhaps a bit of background will help bring things into perspective.

Urban grooves went full-throttle at the turn of the new millennium after Government introduced the 75 percent local content policy.

However, most of the fresh talent that tried their luck in studio back then were college students who considered music more of a pastime than employment.

As it stands, a sizeable number of the urban grooves artistes are holders of various academic and professional qualifications.

For instance, Roy and Royce graduated with Science degrees in Computers and Medical Laboratory respectively, Alexio is a qualified engineer and worked for ZBC, while David Chifunyise is a University of Zimbabwe (UZ) graduate who also studied Microsoft Certified Systems Engineering.

Plaxedes Wenyika holds an Economics degree and a Masters of Business Administration (MBA) degree while Tererai Mugwadi holds a degree in Psychology. Cindy Munyavi, apart from her thriving fashion business, has marketing and public relations qualifications and a couple of French diplomas.

Diana “Mangwenya” Samkange is a holder of a Journalism and Communication diploma and is also an accomplished farmer while Sanii Makhalima is a holder of a Bachelor of Social Science Degree in Human Resource Management as well as an MBA.

Academic details pertaining to most of the chanters are not easy to come by. Moreover, some are even reluctant to divulge the schools they attended.

In fact, they become agitated the moment you start enquiring about their academic and/or professional qualifications. “Yah elder! gwazh (school) taingorovera mu ghetto munomu but harina kana basa because ngoma tiri kungofaisa,” boastfully said one chanter to this writer in Mbare.

The only available academic information pertaining to Winky D, who is arguably the best Zim dancehall success story, is that he went to Rukudzo Primary school and Kambuzuma High 1 School. The Sunday Mail