Authorities at Beitbridge Border Post have heightened their anti-smuggling drive following the recent interception of three South Africa registered tankers smuggling a combined 116 000 litres of petrol from the neighbouring country. 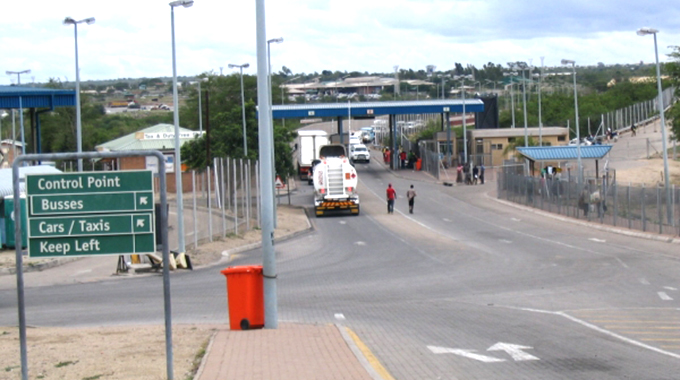 It is also understood that a customs clearing agent linked to the case has gone into hiding following the incident that occurred on April 22.

The Chronicle is reliably informed that the fuel, which has a special excise duty of between RTGS$2,20 and RTGS$2,5 per litre, has since been disposed through an auction for around US$260 000.

However, a source within the Ferret Squad, which is made up of security agents and border agencies, said the tankers were intercepted just after the mobile scanner shed.

The owner of the fuel is not yet known.

“The three drivers were asked to produce customs clearance documents and failed. In fact they had nothing.

“The trucks were then seized by the Zimbabwe Revenue Authority with their contents. Upon further questioning they indicated that the consignment was being cleared by one Ngoni who was to communicate with them using a private number,” said an official.

“The first truck with the registration numbers; horse number JSS767MP, a Mercedes Benz Actros tanker trailer number YBV610GP with 38 021 litres of petrol being driven by Falika Nkala of Tshabalala, Bulawayo. The truck was seized.”

The official said the second tanker, horse number JSS776MP, a Scania truck with two trailers HL 41 ZN GP and HL41 ZL GP and which was being driven by Sikhumbuzo Ndlovu was loaded with 42 000 litres petrol.

“The third truck was being driven by Johan Masimula. No arrests have been made as yet,” said the official.

It is understood that the tankers were later escorted to Malindi Transit Shed for safe keeping. The smuggling of fuel is rampant through the country’s ports of entry.

It is also alleged that in most cases syndicates make false declarations claiming they are shipping in paraffin, bulk cooking oil or soya oil to evade paying import duty. In February 2017, Zimra intercepted four fuel tankers which entered the country carrying 140 000 litres of diesel purportedly destined for the Democratic Republic of Congo.

However, the fuel was offloaded in Chitungwiza and the tankers were filled with water.

In July 2017, the revenue authority intercepted two tankers carrying 40 009 litres of petrol worth R233 000, which had been declared as Jet A1 petrol at Beitbridge Border Post.

Under the country’s customs laws, Jet A1 is imported duty-free. The Chronicle

Omalayitsha turned back at border

Harare lawyer up for fraud