The former presenter hits out at the decision to sack him describing it as "a masterclass of pompous faux-gravity".

Danny Baker has been sacked by the BBC after tweeting a joke about the duke and duchess of Sussex’s son using a picture of a monkey.

He later apologised, writing: “Sorry my gag pic of the little fella in the posh outfit has whipped some up. Never occurred to me because, well, mind not diseased,” he wrote.

Just got fired from @bbc5live.
For the record – it was red sauce. Always.

“Soon as those good enough to point out its possible connotations got in touch, down it came. And that’s it.”

“Just got fired from @bbc5live. For the record – it was red sauce. Always,” he said referring to a segment on his show.

When asked by Sky News if he felt let down by the BBC’s decision, he replied: “No, I just feel let down that people think I meant it.”

However, moments later he posted: “The call to fire me from @bbc5live was a masterclass of pompous faux-gravity. Took a tone that said I actually meant that ridiculous tweet and the BBC must uphold blah blah blah. Literally threw me under the bus. Could hear the suits knees knocking.”

A BBC spokesman said: “This was a serious error of judgement and goes against the values we as a station aim to embody.

“Danny’s a brilliant broadcaster but will no longer be presenting a weekly show with us.”

Following his original tweet, other users reacted with anger with @nick_BLM writing: “All those people defending #DannyBaker saying they can’t see the connection between black people and sick racist monkey comments try being a black kid at school for a while! #RoyalBaby

The 61-year-old later deleted the post and apologised again, saying the joke was intended to poke fun at the Royal family.

“Once again. Sincere apologies for the stupid unthinking gag pic earlier. Was supposed to be joke about Royals vs circus animals in posh clothes but interpreted as about monkeys & race, so rightly deleted.

“Royal watching not my forte. Also, guessing it was my turn in the barrel.” 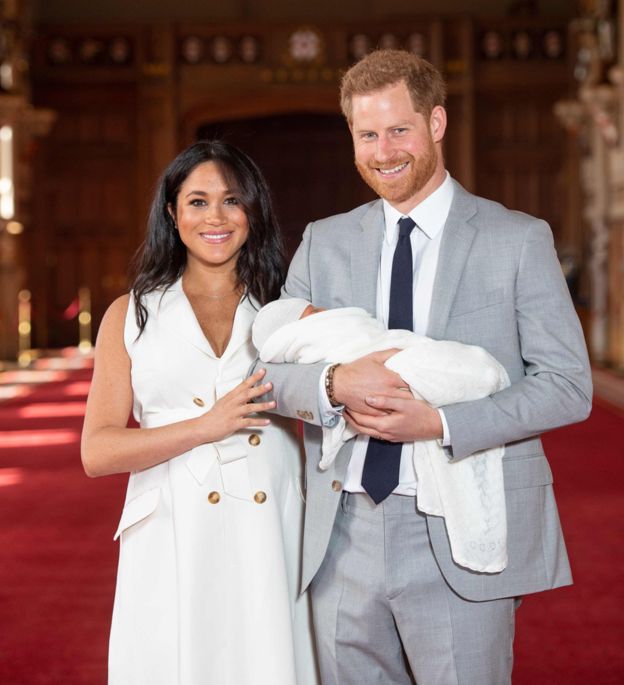 Look back on coverage of Master Archie’s first public appearance

Harry and Meghan, whose mother is African American, revealed on Wednesday that their new arrival was named Archie Harrison Mountbatten-Windsor. SkyNews