Soya chunks suspected to have been made from chicken feed have found their way onto the market. 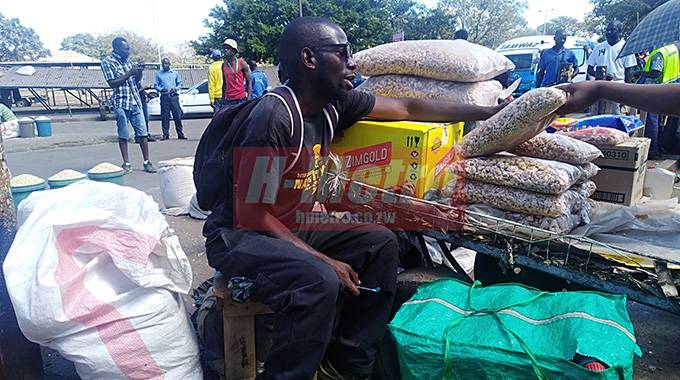 Some of the soya chunks were allegedly packed and distributed by a company based in Chitungwiza, and were recently confiscated by police.

It is appalling that the soya chunks made from chicken feed are finding way onto Mbare Musika market.

H-Metro visited Mbare Musika yesterday and the market was flooded with the soya chunks.

A number of vendors in Mbare, who sell the soya chunks told H-Metro that they were not aware the chunks were fake and unfit for human consumption.

“I don’t know that these chunks are unfit for human consumption. I purchase them from dealers who come to Mbare with lorries.

“I purchase them because they are cheap and I will also make a profit from them,” said one vendor in Mbare.

The condemned soya chunks are priced from $1 with the most expensive going for $16.

Another vendor who referred to himself as Tindo revealed to H-Metro that selling soya chunks was brisk business in Mbare.

Police yesterday said they were making arrests following revelation that the chunks are finding way onto the market again.

“We have apprehended four people in connection with the scam and the other one is still on the run.

“These people operate as a syndicate and we are still investigating the matter;” said Assistant Inspector Dzvova.

He warned the people to desist from buying food on the streets.

“The public should desist from buying food from the streets but should go and buy food from registered food outlets,” he added. H-Metro