The Zimbabwe Electricity Supply Authority Holdings (ZESA)’s request for a 30 percent increase in electricity tariff may be underpinned by a need for sustainable electricity generation, but the real problem may even not be the tariff per se. 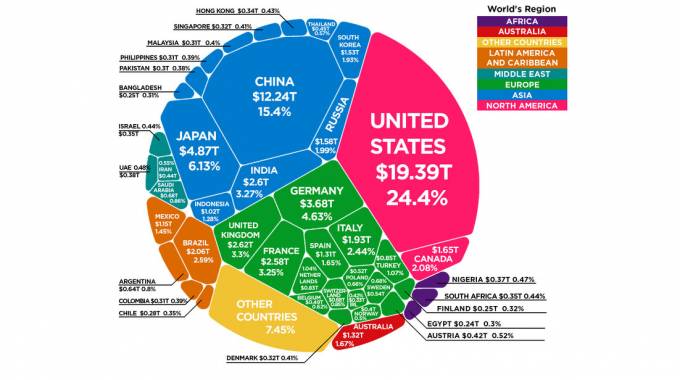 A 2016 World Bank Study titled “Making power affordable for Africa and viable for its utilities” identifies incremental tariff increases as one of several solutions that can help address viability concerns for electricity producers.

The study showed that removing inefficiencies cannot expand electricity access, hence tariffs must be increased to allow utilities to expand their reach.

And this is exactly what ZESA is suggesting (although Government has already turned down the suggestion).

Mthuli Ncube says there is no shortage of foreign currency…

Zimbabweans flooding SA is evidence that there is a crisis…

ZESA Holdings group acting chief executive officer Engineer Patrick Chivaura said recently that the proposed 30 percent tariff increase is necessary to ensure the country continues to enjoy a steady supply of electricity, as it will allow for energy infrastructure rehabilitation and expansion.

The country’s sole electricity producer and distributor has also said the proposed adjustment will align the tariff to the prevailing exchange rate following the introduction of an inter-bank foreign currency market by the Reserve Bank of Zimbabwe (RBZ) in February.

“We want to review those tariffs in accordance with the Monetary Policy Statement that was made, which brought a dimension of 1;2,5 (rate of RTGS dollars compared to United States dollars),” said Engineer Chivaura.

“So it’s not an increase in tariff as such, but we do have inputs like coal, inputs like diesel — those have gone up significantly.

“We are not enjoying rebate yet on diesel because we use a sizable volume of diesel at Hwange Power Station and at any other smaller power station, and because of that, we will review the tariff.”

But as indicated earlier, the Government has rejected the proposed tariff increase on the basis of “affordability”.

ZESA has been seeking to get a tariff increase for the better part of this decade, with the Zimbabwe Energy Regulatory Authority (ZERA) turning down an application in 2016, which would have taken the electricity tariff beyond what the World Bank defines as “affordable.”

At the time, ZESA had asked for a 49 percent tariff increase, which would have taken the tariff from USc9,86/kwh to USc14,69/kwh.

The World Bank defines affordable electricity as 30kWh of electricity that costs no more than five percent of a household’s income.

And in 2016, the Zimbabwe National Statistical Agency calculated the country’s poverty datum line at between $430 and $574 for an average household of five, depending on location (provincial statistics).

Nevertheless, whatever the justifications for a tariff increase or an incremental tariff increase (such as Eskom’s annual price increases), ZESA may need to reconsider its tariff model.

A study by University of Zimbabwe economics lecturer Dr Takawira Mumvuma asserts that the power authority’s current pricing model has been rendered unworkable in terms of ensuring future infrastructure refurbishment by the extensive debts owed to it by consumers.

Despite implementing prepaid electricity, which reduces wastage as it allows households to dictate their own electricity usage and also improves debt recovery, corporates and households’ arrears to ZESA are still in excess of $1 billion.

“Blame can also be equally apportioned to the Rate of Return (ROR) price determination model, which only caters for revenue collection meant to cover recurrent expenditure, but not capital expenditure which is very high for ZESA.

“The implicit assumption built in the ROR methodology is that infrastructure rehabilitation and development should be met from the returns on assets which is pegged at 8,5 percent of the net asset value.

“However, ZESA has not been able to get a return due to the inability of consumers to pay.

“Even if the consumers where in a position to pay the 8,5 percent of the net asset value, it is still inadequate to improve the dilapidated power generation, transmission and distribution infrastructure given the fact that the funding needs of ZESA are in excess of US$8 billion.”

All things being equal, an effective tariff rate should cover operating costs while simultaneously allowing for some capital expenditure.

Observers have said a mere tariff hike is inadequate to help ZESA implement significant infrastructure rehabilitation and expansion in view of an apparently unrecoverable debtors book. Government has put in concerted efforts to rehabilitate dilapidated power infrastructure aimed at restoring system stability and security, notably the US$1,4 billion Hwange Power Station 7 and 8 expansion project where construction work has since commenced.

When complete, the project will add 600 megawatts to the national power grid, and is anticipated to create over 3 000 jobs at the peak of its implementation in 2021.

But more still needs to be done.

A significant power supply/demand gap still exists which can only be offset through significant new investment in power generation infrastructure. Sunday Mail.

Is Mushekwi part of the equation?