Everything Mohamed Salah does now matters in this country because he is the Egyptians’ ace in the pack and he stars for a Liverpool side with a huge fan base here. 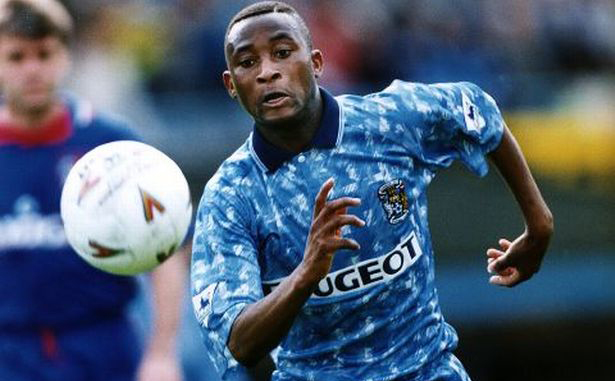 And, the last time the Warriors battled the Pharaohs, he scored a superb hat-trick.

The reigning African Footballer of the Year, who will turn 27 just a week before Egypt and Zimbabwe open the 2019 AFCON finals with a Cairo showdown, was again the talk of the English Premiership on Sunday after scoring a wonder goal against Chelsea at Anfield.

He picked the ball about 30 metres out on the right channel of the Reds attack, changed course to swiftly cut inside and unleashed a powerful shot which flew past goalkeeper Kepa Arrizabalaga, just in front of a delirious Kop.

The Daily Mail newspaper called it a ‘‘contender for goal of the season,’’ yesterday while the global football world united to salute the Egyptian magician.

They were not the only ones saluting the Liverpool superstar.

‘‘The Egyptian’s goal was a stunner. He cut in from the right and let fly with a ferocious left-foot shot that flew into the top corner from distance,’’ Andy Hampson of the Press Association wrote.

‘‘It was an outstanding strike, Salah may not have been at his very best, but this was still a highly effective performance from the Liverpool forward and his goal will live long in the memory, particularly if Liverpool do go on to win the title.’’

BBC Sport pundit, Pat Nevin, said Salah had again shown he was a player for the big occasion.

“He’s incredible at the moment,” he told BBC Radio 5 Live. “Big players turn up for big games, and he’s certainly done that since the start of the game.’’

Twitter also exploded and, amid the global debate about the purity of Salah’s golden goal, it also emerged Peter Ndlovu, the first Warrior to captain Zimbabwe at the AFCON finals, also scored a similar wonder goal during his time at Coventry City in the English Premiership.

On April 9, 1994, Ndlovu ran to a pass down the right side of the Coventry attack, his searing pace helped him keep the ball in play, once he claimed ownership, he turned to face the defender, eliminating him with cutting inside into acres of space.

Another touch, without breaking stride and his head still down, as if he was being guided by the kind of instinct one only gets when you are a true genius in this game, he charged towards the penalty area. And, from a similar distance where Salah opened fire in Sunday, Ndlovu let fly an unstoppable shot with his left foot and the Wimbledon goalkeeper was well beaten both by pace, power, precision and placement as the ball nestled in the far corner.

Amid the raging debate on Twitter yesterday, some local fans said they even believed Ndlovu’s goal was a better strike than the one Salah scored on Sunday.

Of course, with an AFCON finals battle between Zimbabwe and Egypt looming on June 21 in Cairo, nationalistic feelings are running very deep and, on such occasions, fans usually are guided by their emotions to pass judgment.

‘‘What a goal that is,’’ said Samuel Musungwi. ‘‘That’s why he remains arguably the greatest Zimbabwean footballer of all-time.’’

A Twitter user called Forget said Ndlovu ‘‘was the best player, after him you can see Drogba, Samuel Etoó, people don’t talk about Zimbabwean players, I don’t know why.’’

That will certainly be debated but what can’t be ignored was that Ndlovu was a true genius and, that same year, Blackburn defender Andy Morrison got a taste of his magic, and destructive power, which he will never forget.

“I was at Blackburn, had broken into the first-team squad and was in the plans of the manager, Kenny Dalglish. But I got ripped to shreds by Peter Ndlovu,’’ he recalled.

‘‘Blackburn still had a chance to win the title and were pushing for an equaliser. Time and again I was left one-on-one with Ndlovu and he tore me to pieces.

‘‘He beat me on the inside and the outside until I was put out of my misery after 80 minutes. I came across him a few years later and told him that he had ruined my career.’’

Just a year after his wonder goal against Wimbledon, Ndlovu came to Anfield and scored a hat-trick against Liverpool on March 14, 1995, with one of his goals being warmly cheered by the Kop.

He became the first visiting player to score a hat-trick at Anfield since Norwich City’s Terry Allcock in 1961.

King Peter 356 games on foreign soil, in his career, scored 70 goals, at an average of a goal every 359 minutes, in the 25 118 minutes he spent on the football fields of England and South Africa.

Ndlovu also played 100 times for the Warriors and scored 38 times for his country, including scoring against Egypt at the 2004 AFCON finals in Tunisia.

The current skipper, Knowledge Musona, has played 250 games in foreign leagues, scored 85 times, provided 37 assists in the 17 171 minutes he has featured for the teams in Germany, South Africa and Belgium.

However, Nyasha Mushekwi leads the way in that area for Zimbabwean footballers.

The powerful forward, who scored again for his Chinese Super League side Dalian Yifang on Sunday for their first win of the new season, has featured in 220 matches for the foreign clubs he has played for, scored 97 goals for them, provided 21 assists, in the 15 180 minutes he has featured for them.

Three more goals for Dalian Yifang will see Mushekwi become the first Zimbabwean footballer to reach 100 goals for foreign clubs and he has played for Mamelodi Sundowns, KV Oostende in Belgium and Djugardens IF in Sweden.

He has already scored 52 goals in 82 games for his Chinese club. The Herald

Baba Harare fails to dress for the occasion

They went pound-for-pound with Okocha, Kanu