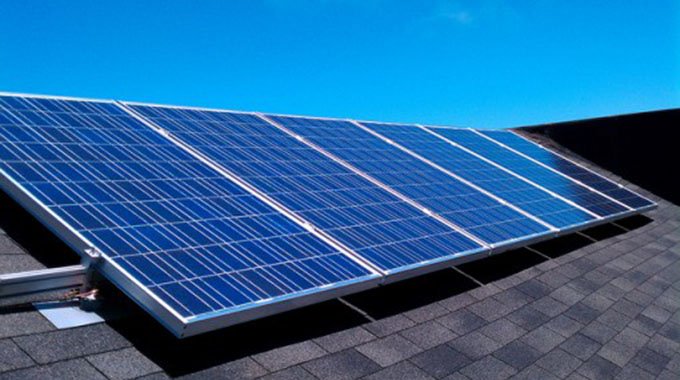 According to the diversified group, the solar power plant is the largest commercial and industrial car-port and roof mount installation of its kind to be deployed in the country.

The solar plant was engineered and designed by Distributed Power Africa (DPA), Econet’s solar business in line with the company’s commitment towards the adoption of clean and renewable energy in Zimbabwe.

The 466KW grid tied solar system will operate under a 25-year Independent Power Producer (IPP) licence, one of the few issued by the energy and power regulator in Zimbabwe for self-consumption.

Under the IPP licence, Econet Willowvale will generate and supply power for self-consumption and at peak the plant will cater for nearly 45 percent of the business’s electricity needs.

Speaking at the commissioning of the plant, Econet Wireless group CEO Douglas Mboweni, said the installation demonstrated the company’s commitment to the adoption of clean and reliable energy.

“Our organisation launched a Green campaign in 2018, which has seen the company investing in alternative renewable energies, starting with six of our own business premises,” he said.

“The commissioning of our Willowvale solar power plant demonstrates our focus to ensure that all our offices nationwide transition to clean and reliable energy as rapidly as possible” said Mr Mboweni.

He said the company’s OmniContact centre in Graniteside was the first solar plant installed, followed by Econet’s local head office in Msasa, and the company’s commercial offices in Livingstone Avenue last year.

He said along with the Willowvale complex, Econet Bulawayo offices had also gone Green, with all the installations being done by DPA.

Mr Mboweni added that work was at an advanced stage at Econet’s other major offices countrywide, including Mutare, Gweru and Masvingo, as the company worked towards its contributions to global de-carbonisation of the energy sector.

Designed and installed by DPA, the Willowvale solar plant has a total of 1435 panels installed at car-ports and rooftops. It comes complete with a real-time power monitoring system and the plant will generate an estimated 780MWH of energy per annum.

It is one of a dozen completed DPA solar projects in Zimbabwe, with more at the project planning stages.

DPA, which currently has a 100MW pipeline for deployment across a number of sectors within Zimbabwe, will this year complete sizeable projects for customers in the manufacturing, hospitality and education sectors.

Speaking at the same event, DPA Zimbabwe chief executive officer Divyajeet Mahajan, said the adoption of clean solar energy was on the rise in Zimbabwe.

“With new technology, increased expertise and our viable financing solutions, the adoption of solar energy has increased significantly, and as Zimbabwe is gearing itself towards global competitiveness energy remains a critical pillar in our economic transformation.

“In the global agenda, Zimbabwe seeks to achieve a 33 percent reduction in emissions by 2030 and the Willowvale installation will result in a marked reduction of its carbon footprint by 285 000kg per annum,” said Mr Mahajan.

“To date DPA has successfully installed close to 20 solar systems regionally, including a 216 200 KWh per annum solar plant for the largest data centre facility in East Africa built in Nairobi, Kenya. The Herald

Chitiyo back to full fitness