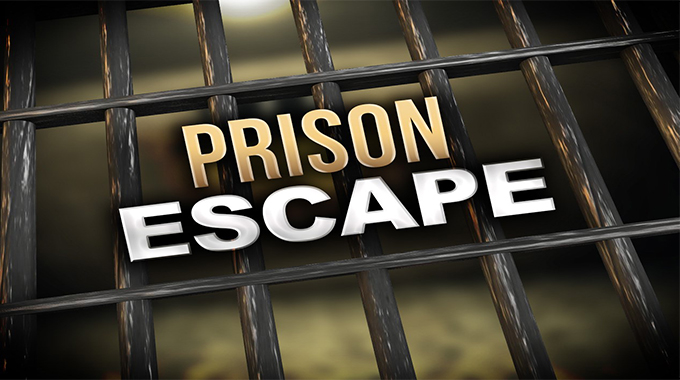 Noel Mwembe (33) of Victoria Falls escaped on Monday afternoon and a manhunt has since been launched.

He was serving a 15-month jail term after being convicted of disposing pesticide or toxic substance into the environment,” said APCO Nkomo.

Mwembe was set to complete his term on January 21 next year.

APCO Nkomo said investigations to establish how Mwembe escaped are in progress.

A source however said Mwembe escaped when he and other inmates were doing some menial work near CHOGM Park about 400 metres from the prison holding cells at the magistrates’ court.

Mwembe allegedly told prison guards that he wanted to relieve himself and entered a nearby bush before disappearing.

Prison officers searched for him after noticing that he had not returned but could not find him.

In 2017 a self-proclaimed prophet who doubles as a tsikamutanda, Jabulani Nyoni escaped from Victoria Falls prison.

He was re-arrested a few days later and claimed that he bribed a prison officer who assisted him to escape.

Nyoni was then transferred to Khami Maximum Prison.

Last year, another self-proclaimed inyanga Masimpe Muleya escaped from Hwange Prison in the company of Maxwell Musariri, a constable who had been arrested for breaking into colleagues’ houses.

The two used a piece of steel from a combat boot to drill a hole on a wooden section of the prison cell wall before making good their escape.

Both were re-arrested and transferred to Khami Maximum Prison.

Meanwhile, a Gwanda Prison inmate has been jailed three months for escaping while he was working at a ranch in Colleen Bawn with 14 other inmates under the supervision of five prison officers.

Polite Siziba (23) of Vokola area in Filabusi fled from prison officers and went to his homestead where he was arrested the following day.

He was convicted on his own plea of guilty to escaping from lawful custody by Gwanda magistrate, Mrs Nomagugu Sibanda.

Siziba was sentenced to an effective three months in jail.

Prosecuting, Miss Faith Mutukwa said Siziba fled on March 25 and was arrested the following day at around 1PM.

“On 25 March at around 7AM Siziba who is serving a 30 month jail term for unlawful entry at Gwanda Prison was clearing bushes along power lines at South Hill Ranch in Colleen Bawn together with 14 other inmates under the supervision of five prison officers.

“Siziba escaped into the bushes and went away unnoticed. The prison officers later instructed the inmates to get into the vehicle at around 2PM so that they could return to Gwanda Prison and that’s when they realised that Siziba was missing. They searched around the area but failed to locate him,” she said.

The prison officers laid an ambush outside his home the following day and they arrested him when he turned up there at around 1PM. The Chronicle