A female motorist lost her parents when the vehicle she was driving was hit by another car after she failed to observe a stop sign. 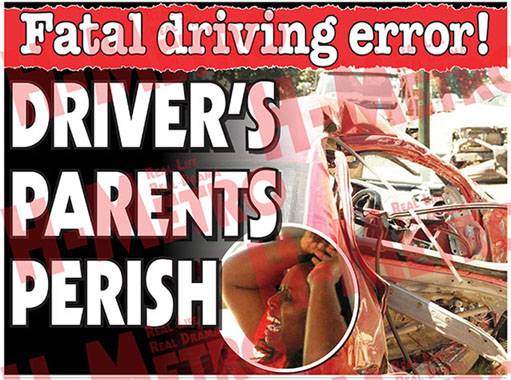 The unidentified lady was driving a Toyota Corolla when she failed to stop at the intersection of Herbert Chitepo and Third Street yesterday afternoon.

The parents died on the spot and eye witnesses said the woman failed to stop at the intersection leading to the accident.

She was reportedly speeding when she was hit by a Toyota Hilux.

Herbert Chitepo made history in life and death

“She was speeding and did not stop at the intersection.

“The white Hilux driver was driving at a low speed but the fact that his car was bigger made the impact huge when they crashed,” said the witness. 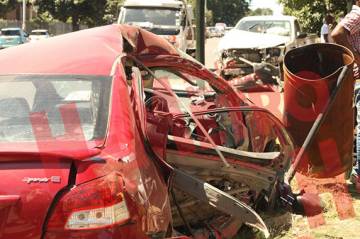 The witnesses also said the deceased were parents to the woman who was driving.

“She was crying in pain, she lost her mother and father on the spot and she was seriously injured.”

Other family members who arrived at the scene after the accident who claimed to be the grandchildren could not be asked further questions as they were still emotionally shocked. H-Metro

Herbert Chitepo made history in life and death

Meet the other Chitepo

The Battle for Zimbabwe: Ethnicity and Internal battles within Zanu (Part 2)