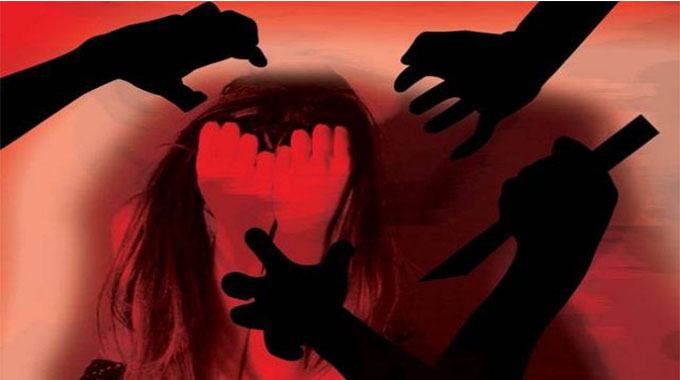 The incident occurred at around 7AM on Monday in a bush near Nkulumane Complex where the teenager had been sent by her mother to buy an electricity token.

The teenager’s name cannot be revealed for ethical reasons. Bulawayo police spokesperson Chief Inspector Precious Simango said the suspects produced a knife and threatened to kill the teenager before they repeatedly raped her.

“Police in Bulawayo are investigating a suspected rape and robbery case which occurred on Monday morning. Two unknown male adults sexually violated a 16-year-old girl who had been sent by her mother to buy $5 electricity tokens at Nkulumane Complex,” she said.

“The girl found the machine down and while on her way home she came across two male adults. One of them produced an Okapi knife, grabbed her and pulled her towards the bush. The suspect covered her mouth with a cloth and threatened to kill her if she made any noise.”

Chief Insp Simango said the two then took turns to rape the minor.”

The first suspect raped her twice before handing her over to his accomplice who sexually violated her once. I’m at a loss for words over the abuse of this young child who had to be mercilessly attacked by grown-ups at knife point.

“After they had violated her sexually, the two robbed her of the $5 and a cellphone worth $80. The total value of property that was lost is $85,” she said.

Chief Insp Simango appealed to residents to avoid using bushy pathways as this exposes them to rapists and muggers. The Chronicle