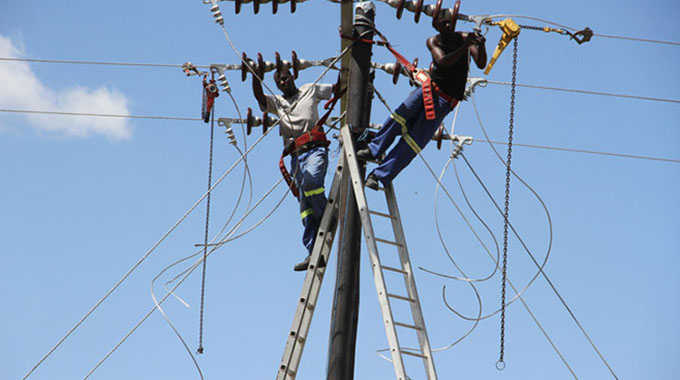 ZESA has started fixing the extensive damage inflicted on its power infrastructure by Cyclone Idai in Manicaland, but bringing hardest hit areas, such as Chimanimani, back on the grid might take a bit of time, group acting chief executive Patrick Chivaura has said.

The tropical cyclone has claimed nearly 200 lives since it struck mostly the eastern highlands of Zimbabwe, as it swept through parts of Southern Africa that included Beira in Mozambique and the southern areas of Malawi.

In Zimbabwe the cyclone also left a trail of destruction on key infrastructure and properties such as roads, houses, power lines and sub-stations in the affected areas.

The devastating tropical storm cut accessibility, communication and power supplies to homes and industries in affected areas with services still to be restored in most areas.

In an interview on the sidelines of the 46th executive committee meeting of the Southern African Power Pool (SAPP) last Friday, engineer Chivaura said restoration of supplies had started in parts of Chipinge and Mutare.

He, however, pointed out that the extent of devastation on the power infrastructure in Chimanimani would require significantly more time, as some equipment that include sub-stations had been uprooted by the tropical storm.

“We have total blackouts in Chimanimani; that was the worst affected area and then Mutare and Chipinge. We are already on the ground, correcting the distribution system, which has been affected, replacing the transformers.

“From my estimation, this week (last week) we might round up Chipinge, probably by the end of the week we should be up and running. Chimanimani might take a little longer because the extent of the damage is quite high,” he said.

Companies in Manicaland have since appealed to Government for temporary relief measures such as duty free fuel after power supplies were disrupted by the tropical cylone, which has left dozens dead and scores missing.

The cut power supplies will force businesses to switch to generators to power their operations. The Confederation of Zimbabwe Industries says it will lobby for temporary suspension of duty on fuel to help keep businesses running.

Energy and Power Development Deputy Minister Magna Mudyiwa said some sub-stations in the worst affected parts of Chipinge had been swept away, cutting power supplies. Bridges and roads as well suffered extensive damage.

“Actually, some of the areas are in total darkness, but we haven’t got a detailed report from ZESA (yet) on the extent of the damage, but what we know is that there was quite some damage (on the power infrastructure),” she said.

After the tropical cyclone ravaged parts of Mozambique, Zimbabwe and Malawi, the Southern African Development Community (SADC) said the economic cost and social impact to the affected countries and region was immeasurable. The Herald

Uebert Angel challenges church members: “what are you doing for your parents?” – VIDEO