Warriors and Amazulu midfielder Talent Chawapiwa has promised more goals after scoring in the Absa Premiership on Saturday. 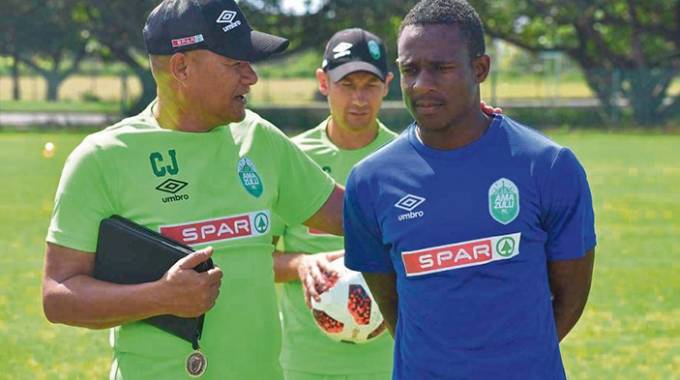 Chawapiwa, who joined AmaZulu from Baroka at this season, scored a consolation in a 4-1 loss to Free State Stars.

The former FC Platinum striker scored in the 71st minute and was bizarrely substituted for a old horse, Siyabonga Nomvethe moments later.

He is hopeful that there are more goals to come for his team and on national duty – if selected – against Congo-Brazzaville on Sunday.

‘We are still in control’

“I am just happy to score. It feels great scoring your debut goal though it’s sad that we lost.

“I am so happy to have scored my first goal and I can’t really explain how l am feeling but it’s amazing to have done that for my team.

“I have played a few games since I have joined this club and I have been training hard to play well for my team and I think I have been given that opportunity by the coach,” he said.

“As a player I wish to do more or maybe score more if there are chances of me scoring.

“I also hope that I will keep on being in the form that I am right now and prove my worth to the team.

“I also want the team to do well and will also do my best in doing all l can for the team.

Related Stories:
“S o far I haven’t reached my targets because I am still way short of my targets.”

Warriors play their last AFCON qualifier game and need at least a draw to qualify.

The former Harare City star says that they need to qualify for Egypt.

“We have had time to prepare and I’m sure everyone has made use of that time to make sure that they will be ready for the encounter.

“We have been doing quite well in our matches that have seen us being top in our group. So we just need to soldier on and do all we can in this last game so that we qualify. We will continue to fight.”

Chawapiwa has urged fans to keep the faith and rally behind them in their fight for Egypt in June.

“I urge the fans to rally behind the team and keep having faith as we are in this together.

“We appreciate the support we have been getting and we will surely pay back the “love come,” he said.

* * * Warriors and Le Havre striker Tinotenda Kadewere was also on target for his team on Friday. H-Metro

‘Too old to satisfy me’

‘We are still in control’

Khama Billiat in top five to ever play in SA League