‘Platinum taught us a lesson’

Orlando Pirates coach, Milutin “Micho” Sredojevic has given praise to Zimbabwean champions, FC Platinum for the high intensity game they displayed when the two teams met in a Caf Champions League group B clash at Orlando Stadium on Friday. 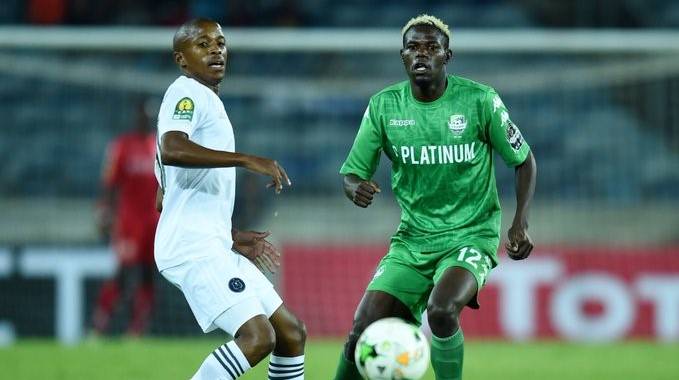 FC Platinum played with unbelievable courage and had the Orlando Pirates fans stunned when they led the 1995 African champions 2-0 at half-time. It took some serious comeback from the Buccaneers, who came out fighting in the last 10 minutes of the encounter to earn a draw.

Sredojevic said FC Platinum taught his players with the way they neutralised his first line of attack led by the dangerous Thembinkosi Lorch and took Pirates by surprise with some aspects of high pressing.

“We had a lesson taught by FC Platinum, in previous matches they have just been outscored not outplayed and as such they have come to this match looking at the fact that we need to win, they have surprised us with some elements of high pressing, they have surprised us, beating our first line very often and from beating that first line of pressure we had put on their defence giving them space for counter attacks,’’ Sredojevic said.

The Serbian believes the result is a massive setback for his team who must head to Guinea and try to beat Horoya in Conakry to make it to the next stage of the competition. He is convinced that the Zimbabweans came with a plan and managed to execute it, with his players displaying a lot of character to get a draw.

“It’s a blow to us, for that result we need to give credit to our opponents, they have come with a plan and got two goals. Football has shown that two-nil is the most dangerous result because you think you have something then the next moment it’s like fish it’s so slippery,’’ he said.

FC Platinum coach Norman Mapeza was proud of the audacious fight shown by his players in a match where they came searching for a positive outcome.

“We came here looking for a positive result, I think everybody is aware that we haven’t been winning our games but I think we have been doing well. For me as a coach I think I am really proud of my boys, since we started this journey we have been improving each and every game, again today the guys played very well,’’ Mapeza said.

He blamed the failure to hold on to the lead to not being able defend on the blind side of the Pirates attack. Mapeza is now looking to end the Champions League campaign on a good note when they meet defending champions Esperance at Mandava Stadium.

“Unfortunately we conceded two goals from blind sides but for us its work in progress, it’s a good experience, now we have to play against Esperance at home, we just have to push and see what happens in that last game.”

Having not scored in their previous four matches in the group stage of the Champions League, FC Platinum shocked many when they went into the break leading 2-0. Never Tigere was in the 19th minute handed the opportunity to score his team’s first goal in this stage of Africa’s premier club competition from the penalty spot which was awarded for a handball. Tigere had his effort saved by goalie Wayne Sandilands but made amends eight minutes later when his shot at goal was deflected past Sandilands by Bulelani Ndengane.

Rainsome Pavari scored the second goal, pushing the ball over the line when debutant Perfect Chikwende had done all the work on the right.

With the small but vociferous crowd firmly behind them, Orlando Pirates came out guns blazing in the last 10 minutes of the encounter and were rewarded with two goals in that period. Lorch saw his industriousness paying off when he tucked the ball behind the impressive goalie Petros Mhari.

The pressure was just too much to handle for FC Platinum with substitute Augustine Mulenga at the end of yet another marvellous move by the Sea Robbers and Mhari could do nothing to stop the Zambian from equalising.

FC Platinum finished the game with 10 players on the park after defender Kevin Moyo was sent off for pulling down Thamsanqa Gabuza as the striker charged at goal. Zimbabwean Kudakwashe Mahachi could have sealed the three points for the Buccaneers but Mhari denied him that opportunity with a brilliant close range stop.

The Zimbabwean champions returned home last night and do not have too much time to rest with Esperance arriving in the country in a few days for a match to be played at Mandava, a befitting end to the FC Platinum campaign which saw them use Barbourfields Stadium as their home ground against Pirates and Horoya.