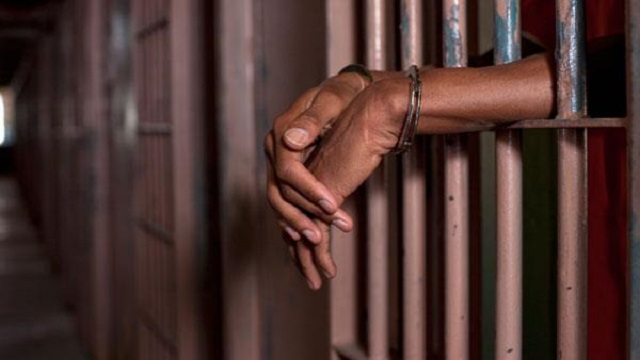 A Teacher at a Gwanda school has been jailed 20 years for raping and impregnating his Grade Seven pupil.

The offence came to light after the girl’s mother suspected that her daughter was pregnant.

The teacher pleaded not guilty to a charge of rape when he appeared before Gwanda regional magistrate, Mr Mark Dzira, but was convicted due to overwhelming evidence.

Teacher up for Grade 7 pupil rape

He was sentenced to 20 years imprisonment and three years were suspended on condition that he does not commit a similar offence within the next five years.

He will serve an effective 17-year jail term.

In passing sentence, Mr Dzira rebuked the teacher for destroying the juvenile’s life.

“As a teacher, parents entrust the care of their children upon you and expect you to protect them and prepare them for a better future. In this case, however, you took advantage of your position and influence and sexually abused this girl and also went on to impregnate her.

“The future of this child has been destroyed because of your actions and she might never recover from this experience. Sexual abuse is a serious offence and it leaves victims violated and even traumatised.

“You deserve a deterrent sentence that will serve as a lesson for like-minded people who target juveniles,” he said.

In his defence, the teacher denied raping the juvenile.

He said he had never remained alone with the juvenile in the class as she had claimed.

The teacher said other learners and teachers at the school would have seen him commit the offence as the classroom had huge windows but none had testified to have seen him.

Prosecuting, Mr Mncedisi Dube said the girl was first raped by her former teacher sometime during the second term last year while she was in Grade Seven.

“On an unknown date last year but during the school’s second term, the teacher called the juvenile into the classroom while her classmates were playing outside during break time. She complied and her teacher started fondling her breasts.

Mr Dube said the teacher raped the juvenile on several other occasions during the second and third term last year in his office and in the classroom while the other pupils were outside.

He said on December 22, the juvenile’s mother asked her neighbour to confront her daughter as she suspected that she was pregnant.

“The juvenile’s neighbour interviewed the girl who revealed that she had been raped by the teacher. The matter was reported to the police resulting in the teacher’s arrest. The juvenile went for medical examination and results showed that she was three months pregnant,” he said. — @DubeMatutu.  Chronicle.

Teacher up for Grade 7 pupil rape