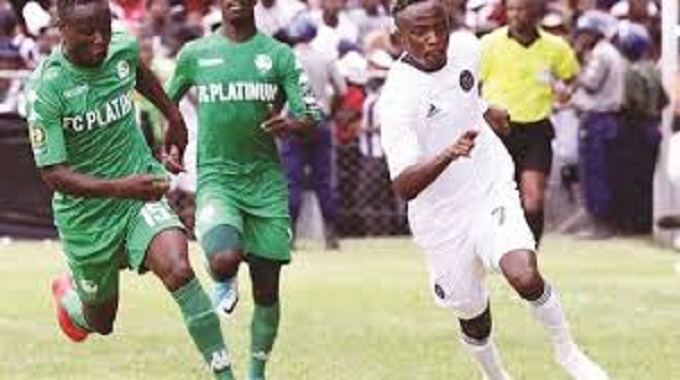 Zimbabwe’s representatives in the Caf Champions League, FC Platinum, resume training today in Zvishavane ahead of next month’s Group B assignments.

The miners will be in Johannesburg for a date against Orlando Pirates of South Africa in match-day five of the mini-league stage.

After being booted out of the Champions League, with two group games remaining, the Zimbabwean champions will be hoping for better fortunes in their remaining matches against the Buccaneers and Esperance at home.

The two-time Zimbabwean champions only have one point to show in four matches.

‘I am clubless’ Warriors goalkeeper Mhari…

They are winless, scoreless and now face the risk of being the country’s worst representatives in the tournament’s group stages.

The trio of Dynamos, Monomotapa and Caps United have reached this stage before but all did better than the Zvishavane miners.

FC Platinum have a point, and there are six more points to play for.

But the club still argue this has been a successful campaign.

Coach Norman Mapeza has said this has been a learning curve for his men.

“People might talk yes, but for us, the campaign has been a huge experience, for us as coaches and also the players,” Mapeza told journalists recently.

“This is not to say we are happy with not winning but we are looking at the bigger picture that comes with participating in games of this magnitude.

“When we started this journey our objective was to reach the group stages which we achieved.’’ The Chronicle

Bosso on the brink of bringing back nomadic Kutsanzira in January