Zimbabwean gold miner RioZim said on Friday it had suspended production at its three mines for the second time in four months because the central bank had failed to pay it in U.S. dollars for part of its gold deliveries. 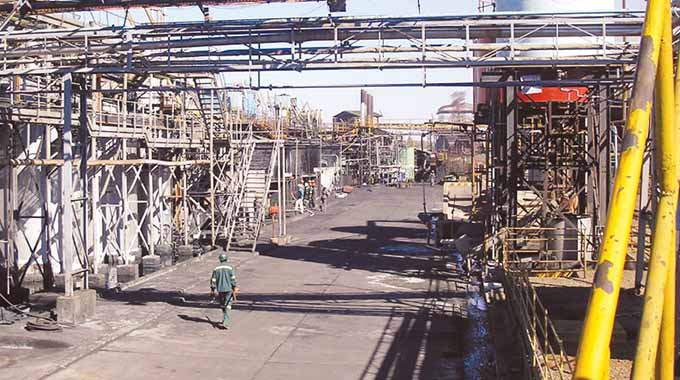 Gold producers in the southern African country sell their output to central bank subsidiary Fidelity Printers and Refiners and are supposed to be paid 55 percent of their earnings in U.S. dollars. The remainder is paid via electronic dollars into their bank accounts.

RioZim, which is 95-percent owned by local shareholders, is Zimbabwe’s second biggest gold producer and last October threatened legal action to force the Reserve Bank to pay it more dollars for part of its output.

The gold miner said since December, it had experienced “significant and persistent” delays in dollar payments, affecting its viability.

“Consequently, the company has recently been forced, once again, to involuntarily suspend production across all its three gold mines pending full payment of its foreign exchange proceeds,” RioZim said in a statement.

The company said it continued to engage the Reserve Bank but if negotiations failed, it would shut its mines indefinitely.

Central bank Governor John Mangudya did not respond to calls for a comment.

Zibmabwe adopted the U.S. dollar in 2009 to tame hyperinflation, but is facing acute dollar shortages and that has sent prices of basic goods spiralling and inflation rising to double digits.

Gold is the country’s single largest export earner and production reached an all time high of 33 tonnes in 2018 from 27 tonnes the year before, official data shows, driven by record output from small scale producers.

Big mining companies say the acute shortage of dollars, which has also sapped supplies of fuel and medicines, hampers their ability to expand production and start new projects.