A bid to escape from police custody, by a habitual thief who is facing 13 counts of unlawful entry, was foiled by villagers. 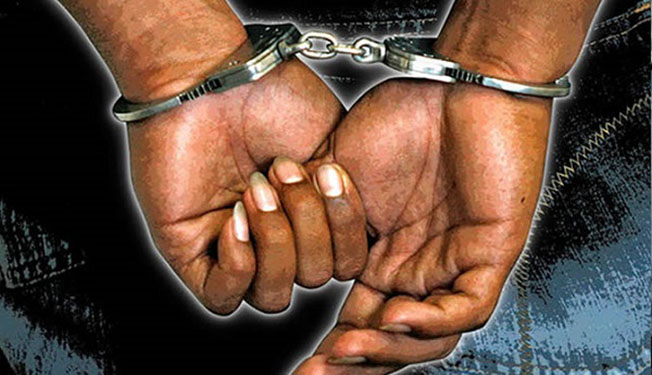 Perment Ndlovu of Spitzkop suburb in Gwanda who had been detained at Guyu Police Base, bolted out and fled but was later arrested following a tip off from villagers.

Ndlovu was supposed to appear yesterday before Gwanda magistrate, Miss Lerato Nyathi facing five counts of unlawful entry and eight counts of theft but he did not turn up.

Miss Nyathi issued a warrant of arrest against him.

“Sometime during the month of September 2018 Ndlovu visited his ex-girlfriend Ms Siduduzile Tshuma in Filabusi. When he left her home he stole two cell phones valued at $150.

“On 2 November Ndlovu broke into Ms Nothando Ncube’s home and stole clothes, a solar panel and a generator cable which were all valued at $185.

“From the period extending from 7 November to 13 November Ndlovu broke into Mr James Dube’s house and stole four cell phones and $20 cash,” she said.

She said Ndlovu also broke into Ms Nolwazi Ndlovu’s house on the same day and stole a Vodafone tablet cell phone valued at $120.

She said Ndlovu was arrested by police officers who received a tip off that he had stolen property in his house. Ndlovu now faces a new charge of escaping from police custody.

According to State papers Ndlovu escaped from Guyu Police Base on November 26 at around 8AM and was arrested on the same day around 9PM.

“On 23 November Ndlovu was detained at Guyu Police Base after he was arrested for theft. On 26 November at around 8AM, the police cells were unlocked and Ndlovu together with two other suspects who were also being held in the cells, were taken to the office of the officer in charge crime for interviews.

“During the interviews Ndlovu who was seated close to the door, bolted out of the police station and fled to a nearby bush. Police officers tried to pursue him but he outran them.

“A follow up was made and community members were alerted leading to Ndlovu’s arrest at around 9PM on the same day,” read the State papers. The Chronicle