No Coke for Christmas: Delta Beverages closure is a sharp reflection of a lack of ideas and global exposure

Coca Cola has suddenly become a very much sought after commodity in Zimbabwe, reflecting the depth of our economic crisis and rot because it is now unavailable. 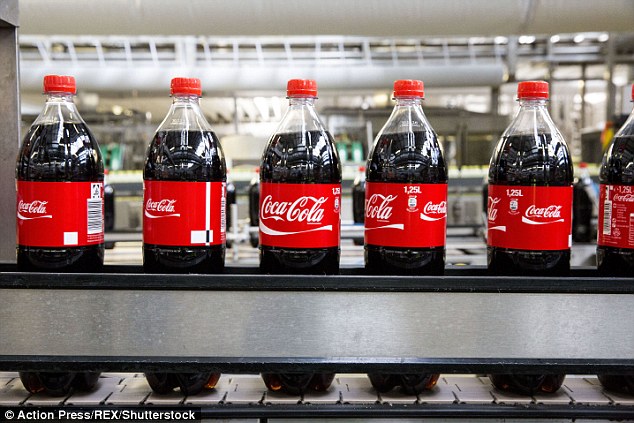 There is no more Coca-Cola and its related products in Zimbabwean shops and citizens are pissed off judging from the retorts I am hearing.

The biggest drinks company in the country and on the stock exchange, Delta Beverages, has shut down its production plants because it has no foreign exchange to import the required ingredients to make these fizzy drinks.

Personally I will not miss Coca-Cola and her many cousins like Fanta and Sprite because they are bad for our health.

‘It is politics stupid!’ Chin’ono on ZAAPA…

I never drink them anyway, I always prefer water with my meals after realizing that one movie cup of Coke has an equivalent of 40 teaspoons of sugar.

However it is not Coca-Cola itself that is important in this discussion, it is actually about what it means to the economy when the biggest company in the country shuts down its production lines.

It means that Delta Beverage’s work force has to stay at home until a solution has been found, it also means that the chain of industries that feed off Delta Beverages will also suffer the same consequences, from shops to truckers who move the drinks and many companies that provide services.

Many households whose bread winners work for Delta beverages and many such companies are not sure if they will still have a pay cheque after Christmas, their livelihoods depend on these companies.

That is why Coca-Cola is important to the economy and this is why its disappearance from the shelves is a sign of an economic problem that is getting deeper and worse with no solutions in sight for the citizen from their government.

Whilst many would have liked a Christmas with Coca-Cola, the focus should now be on why it is not available and also on how we can fix this economic nightmare?

Zimbabwe’s problem lies on one central issue, there is inertia in government and the President is getting his advice from the same people who used to advise the former failed President, Robert Mugabe, in a government that the current President was a senior member.

As I keep reminding you, we only changed a President, but the system has remained intact and the same in mindsets and behaviour prevail today regardless of Mugabe’s departure from the political scene.

If Zimbabwe were a company on the stock exchange, it would have been shut down a long time ago because of bad management and refusal to accept new ideas, and more importantly its failure to learn from other success stories around the globe and implementing them as opposed to just posturing.

Look at our people around the world in the diaspora and here at home, they have been providing political and economic solutions in neighbouring countries and beyond, and yet they are not welcome here to do the same in order to move the country forward.

The government is simply not listening to them when they proffer ideas for turning around the moribund economy, and it is now a common cause that those in powerful positions within the state are benefiting from this disastrous situation.

Professor Dixon Chibanda’s Friendship Bench program for treating depression and other mental illness disorders is a very good example of how solutions can come from within and a reflection of how ideas are there.

Prof Chibanda’s efforts are being seen and publicly acknowledged abroad in State Houses and Royal Courts of powerful countries.

The Friendship Bench project is now being replicated in many other countries in the region and beyond and in major world cities like New York.

Royal Family members of Britain and Qatar have publicised this Friendship Bench program by sitting on the Bench and Professor Chibanda has been invited to Davos next year to talk to world leaders about mental illness and how the political elites can tackle it.

Yet where he comes from, his efforts to tackle mental illness disorders are not being fully acknowledged, let alone celebrated.

The President should have sat on that Friendship Bench and publicised it and made mental health central to his agenda.

He should have brought in someone like Professor Dixon Chibanda as his mental health advisor and respond to the challenges of mental illness disorders in Zimbabwe by leading from the front.

But how can he know about all these things when there is inertia around him, folks are only concerned about retaining power and drawing their salaries and fat cat travel allowances.

Many in government today are in pursuit of personal interests as opposed to helping the country extricate itself from one of its worst economic meltdowns of our time.

Last month the royal Princess of Qatar, Sheikha Hind bint Hamad Al Thani, who is the Vice Chairperson and CEO of the world famous Qatar Foundation, met with record-breaking Olympic swimmer and mental health campaigner, Michael Phelps, and sat on the Friendship Bench at the World Innovation Summit for Health.

The future King of Britain, Prince William and his wife Catherine the Duchess of Cambridge, sat on the Friendship Bench on a number of occasions because they understood the importance of such a simple and yet very effective innovation in fighting mental illness disorders.

Prince William would have known about the Friendship Bench through his health advisors who understand the importance of mental health to the wellbeing of a nation and its growth.

Why is our President not surrounded by such people too, people who understand the modern world and are not tone deaf to the expectations of their citizens?

I don’t expect the president to know all these things by himself, but he needs to surround himself with the right folks if any of his rhetoric is to be taken seriously both home and abroad.

You are as good as the people around you, and the work of the people around the President in government is self evident all around the country, fuel queues, people dying from lack of medication, prices going up, slow movement on reforms, striking doctors and the terrible beat unfortunately goes on.

There are many Dixon Chibandas across the professions, people with great ideas that unfortunately are being ignored, and yet the outside world is tapping on them and making a success of other countries yet the very place and country where those ideas come from is falling apart.

The president needs to set up think tanks for specific areas, think tanks for health, industry, economy, media, agriculture, academia, culture, sport and many other areas.

These folks in these think tanks will be independent of government in order to allow them independence of thought, they will come up with ideas and put them on the table for the President and his cabinet.

It will be up to him what he does with those ideas, I say so because some of the comical decisions and announcements made in government point towards a tragic lack of ideas and exposure to the modern world.

The sustenance of any prosperous nation hinges on its leadership being surrounded by men and women with ideas and exposure and not on relying on political sycophants whose only pursuit is self enrichment in exchange for thoughtless support and zealotry.

One of our very own sons James Manyika was advising President Barack Obama in the White House, he represents some of our finest exports and yet here we are, we can’t even have Coca-Cola for Christmas!

Hopewell Chin’ono is an award winning Zimbabwean international Journalist and Documentary Filmmaker. He is a Harvard University Nieman Fellow and a CNN African Journalist of the year.

He is also a Fellow at the University of Oxford’s Africa Leadership Institute.

It was nominated last week for a big award at the Festival International du Film Pan-Africain de Cannes in France. You can watch the documentary trailer below. Hopewell can be contacted at hopewell2@post.harvard.edu or on Twitter @daddyhope

‘It is politics stupid!’ Chin’ono on ZAAPA warning to Mambo’s…

Chin’ono launches TV talk show: ‘On The Record with Hopewell’ every…