A laboratory at Mandwandwe High School in Nkulumane, Bulawayo, has been unused for over two years as staff and pupils are still “haunted” by the death of a science teacher after he allegedly inhaled poisonous fumes in the facility. 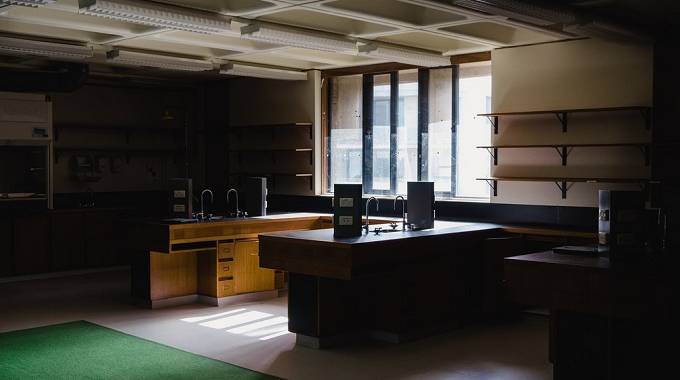 Mr Trust Dube died in March 2016 although claims that his death was caused by poisonous gases were not proven.

The Chronicle has established that the school laboratory has not been used since the teacher’s death.

Teachers and pupils complain of itchiness and breathing problems once they get inside the lab, hence the decision to stop using it.

A new laboratory has since been built.

Sources at the school said the authorities are mooting destroying the laboratory as it has remained “haunted”.

She said they can’t speculate on the teacher’s death because they didn’t get to see the post mortem report.

“I think there is a psychological mindset that the laboratory will kill us when we get inside to use it. It’s well resourced, it’s got all the fittings but the biggest issue is that it’s abandoned. I don’t want to say it’s haunted because I have heard that but as a Ministry, I’m appealing to the school to have a change of mindset.”

She said she has talked to the school authorities not to shun the laboratory to no avail.

“I have spoken to the head, to the teachers and when you leave you think that they will have a change of mindset but alas nothing has materialised from the talks. As it is I’m thinking of engaging professional counsellors to go and talk to the teachers and pupils because I believe it’s psychological because they say whenever they get into that laboratory they feel itchy,” she said.

Mrs Kaira said a number of stakeholders were engaged to “clean up” the laboratory since 2016.

“After that gas leak a lot of work was done to make sure that all the experts get there. We have a science inspector Mrs Chikavhanga who assists us as a fundi in science. All the equipment in the laboratory has been cleaned as per advice by the specialist,” she said.

“Several meetings have been held. We have done a lot as a Ministry; we just didn’t fold our hands. The chemical that was suspected to have leaked was collected and disposed of appropriately in the presence of EMA (the Environment Management Agency) and the city council.”

Mrs Kaira said in April 2016 she wrote a letter to the Permanent Secretary of Primary and Secondary Education notifying her of the development at the school.

She said Datlabs, the National University of Science and Technology, EMA, Bulawayo City Council and the Department of Public Works have been to the school to assist with investigations.

“They made recommendations that the laboratory be cleaned by professional chemical handlers since the water method had failed. So Nemchem was engaged and they conducted a test for halogens. They then cleaned and decontaminated the laboratory,” she said.

Mrs Kaira said her efforts to engage the school had hit a brickwall.

“I ask myself is that gas still there? I don’t think so because the surrounding areas would be affected. The Principal Director from head office said we must not make a reference that kwafela umuntu because no one died in that laboratory. There was a gas leak but there was no immediate death, I think it was after a month or so that the teacher died and it is alleged that he was suffering from another ailment but it was a lengthy illness.” The Chronicle