A 32 year old man from Insuza died on the spot during a nasty fight with his neighbour whom he had provoked into a fight over an undisclosed grudge. 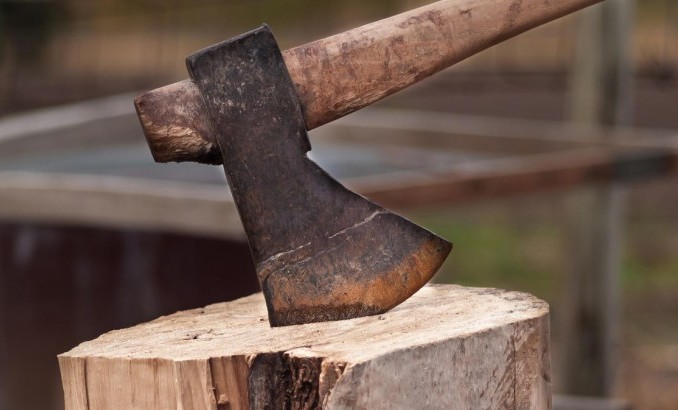 Witness Tshuma (29) of Village 2 Mindora under chief Deli allegedly axed Mr Juta Nkomo on the head and he bled from the mouth and nose before he passed out and died.

The incident occurred at around 5PM last Friday.

“The now deceased went to his rival’s home and called him outside. Tshuma came outside and stood at the yard fencing to speak to him but instead, Nkomo pulled out a log and started poking the suspect.

“This did not go down well with the suspect and he rushed back into his house where he grabbed an axe. The two engaged in a heated argument over unknown matters but sources said there had always been bad blood between the two,” said Chief Insp Makonese.

Tshuma allegedly struck Nkomo once on the left side of the head with his broken axe and he fell down.

“Juta’s brother heard the screams and rushed to the scene where he found Juta on the ground, bleeding from the nose and the mouth. He tried to render first aid, but his efforts were in vain and the victim died on the spot,” she said.

The matter was reported to the police who attended the scene and arrested the suspect.

Chief Insp Makonese warned the public to desist from violence.

“When in disputes, people should adopt the habit of engaging third parties to discuss the matter rather than being violent as this results in unnecessary deaths and injuries,” she said. The Chronicle