Facebook faces a new controversy over alleged tactics it used to discredit its critics, embarrass rival firms and downplay problems at the company. 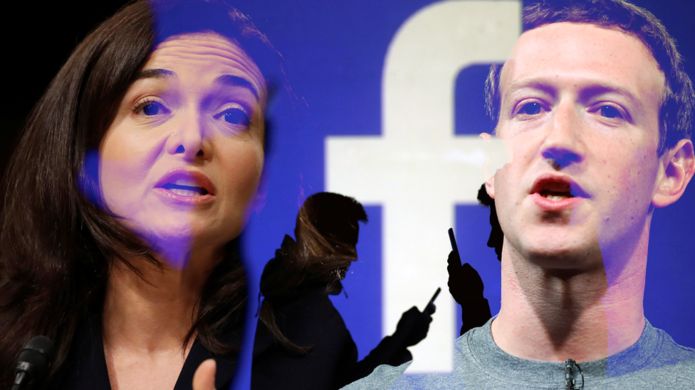 The New York Times has published a wide-ranging account of the methods Facebook and a public relations firm used to “deny and deflect” criticism.

The report has led US lawmakers to call for tighter regulation of social networks.

The newspaper said PR firm Definers had circulated a document suggesting Mr Soros was the hidden backer of anti-Facebook movement Freedom from Facebook.

The document encouraged journalists to explore the financial connections between anti-Facebook groups and Mr Soros, who is frequently the target of conspiracy theories and anti-Semitic smears.

Mr Soros’s Open Society Foundations said it had not made any grants to support campaigns against Facebook. It said Facebook’s behaviour was “astonishing”.

Responding to the article , Facebook said it had wanted to show that Freedom From Facebook was “not simply a spontaneous grassroots campaign” and that the movement was “supported by a well-known critic of our company”.

It said any suggestion that it had been an anti-Semitic attack was “reprehensible”.

Chief executive Mark Zuckerberg later said that neither he nor chief operating officer Sheryl Sandberg had been “in the loop” about Definers’ actions and added that Facebook would no longer work with the firm.

Sir Nick Clegg – the UK’s former deputy prime minister who recently became Facebook’s head of global policy – will oversee a review of the social network’s use of other lobbyists and will report back on the matter to Ms Sandberg.

In July, protesters interrupted a House Judiciary Committee hearing where a Facebook executive was giving testimony.

The protesters carried signs showing Mr Zuckerberg and Ms Sandberg as two heads of an octopus, wrapping its tentacles around the world.

Soon after, the ADL posted a statement calling the image an “anti-Semitic trope”.

The ADL said it routinely responded to reports of anti-Semitic slurs and evaluated each one appropriately.

Did it water down information about election meddling?

According to the New York Times, Facebook executives were angry that its chief information security officer, Alex Stamos, had directed a team to investigate Russian election meddling without approval.

It said Ms Sandberg had been worried that investigating the interference left Facebook “exposed” to legal action.

The company ordered blog posts about election interference to be “less specific”.

The first blog post did not name Russia at all and the company “stalled” disclosing information for weeks.

Facebook said it had not named Russia in a research paper about election meddling because it had felt the US intelligence services were “best placed to determine the source”.

The company said it had never discouraged its security experts from investigating election interference.

Did it plant negative news about rivals?

The newspaper said Facebook was responsible for dozens of articles criticising Apple and Google for their business practices.

The articles were published on conservative news site NTK Network, which shares staff and offices with PR firm Definers. BBC