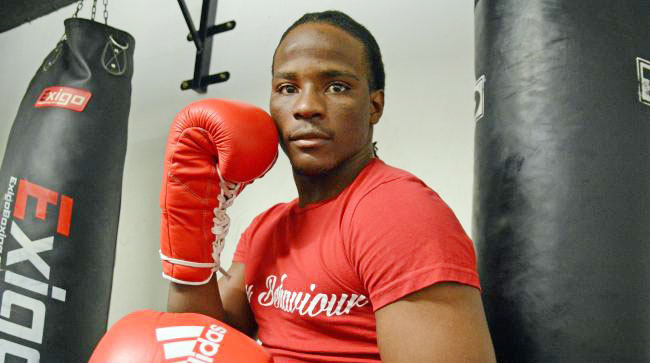 Zimbabwe-born British boxer Tamuka Muchapondwa is growing frustrated at lack of fights and has at times considered quitting the sport.

Muchapondwa, who has won 16 of his 17 professional fights, was expected to trade leather with Bulgarian national Angel Emilov at the Walthamstow Hall last weekend, but the six-round welterweight bout was postponed to November 2 at the same venue because the fight did not sell enough tickets.

The former national amateur champion has had a chain of disappointments with his last six fights either being cancelled or postponed for a cocktail of reasons thereby denying him a chance to one day fight for a British title.

His last bout was a loss to Serge Ambomo on May 10, 2017 and is the only dent in his professional career.Since then, he has never had a chance to redeem himself in the ring.

“I do think of quitting but I love it and it is my passion, so as long as I am still healthy and can fight I will try my best to make sure I keep boxing. I am angry and frustrated because I know I still have a lot to offer in boxing but not getting the opportunities I need to show the world what I can really do.

“I am as focused and disciplined as I have ever been and I need my chance to showcase what I can do,” said the Harare-born pugilist.

Muchapondwa, who became a boxing sensation in England after winning all his first 16 professional fights before the loss to Ambomo in his last professional bout, added that he will try to remain focused.

“The main goal is still to become a world champion but before that, I want to win the British and European titles first. I hope the November 2 fight will not be cancelled or postponed again.”

Muchapondwa’s fight against Bulgarian Teodor Nikolov was called off at the last-minute owing to lack of time. In February, Muchapondwa was forced to pull out of the British welterweight title fight against German national Freddy Kiwitt after contracting a chest infection.

Earlier in the year, the Reading-based 25-year-old pugilist’s attempt of landing the English welterweight title were dashed as his Irish opponent John O’Donnell thrice pulled out of the bout citing injuries. The Herald.