Construction of the Gwayi-Shangani Dam in Matabeleland North is well on course with 34 percent of work done and the contractor hopeful to meet the December 2019 target for completion. 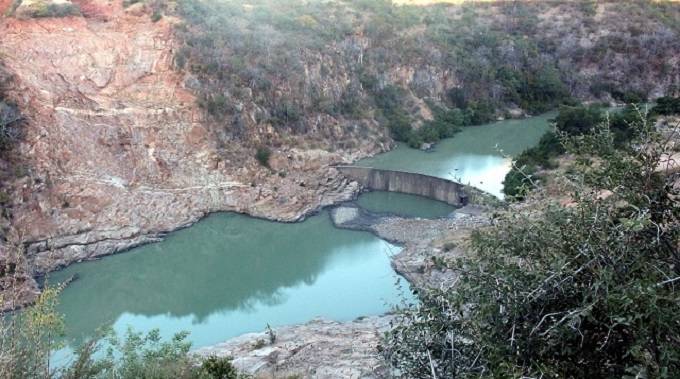 This follows allocation of $23.33 million by Treasury in the 2018 budget, although the contractor has complained about delays in disbursement of the funds to acquire material.

China International Water and Electric Corporation is the contractor in partnership with the Zimbabwe National Water Authority (Zinwa).

Briefing the Minister of State for Matabeleland North Provincial Affairs Richard Moyo during a tour of the dam site yesterday, Zinwa assistant resident engineer Brian Musarurwa said most of the preliminary work had been completed.

He said the dam wall will be 72 metres high and 4 metres will be completed in December before the rains start. “We are building the wall in blocks and we expect to have finished four metres in December. We will stop when the rains start but the design allows us to continue with work even if it’s raining.

“We had planned to construct to a height where we wouldn’t be disturbed by the rains but unfortunately due to delays in funds disbursements and foreign currency constraints we received some of the materials late hence we have not been able to reach that height,” said Eng Musarurwa.

He said the major component of construction work which include excavation of the foundation was done, with about 9 000 cubic metres of concrete already poured for footing.

Rains will indeed disturb work but we will then shift to constructing outlets on the river bank until water subsides,” said Eng Musarurwa.

He said he was happy with progress so far.

“We may have been facing some challenges but we received most of the materials required in August and within a month we have managed to do much work.

We are capacitated now and technically we are still able to finish this dam by December 2019 because raising the wall is actually easier,” added Eng Musarurwa.

Minister Moyo said the project will benefit communities through provision of water for consumption and irrigation and creation of a greenbelt between the Zambezi and Bulawayo.

“The project will benefit our agricultural sector through irrigation and also the communities thereby raising standards of living. Let’s us all work together so we make Matabeleland North the best in terms of development,” he said.

The total cost of the project is $121 732 922,60 and it is viewed as the panacea for water challenges in Bulawayo and the Matabeleland region.

A pipeline will connect from Zambezi River via the dam to Cowdray Park water works in Bulawayo with multiple outlets along the way where various projects will be carried out to create a greenbelt. The Chronicle.

All in place for DJ Fydale bash