Man (80) burns to death in veldfire

An 80-year-old man from Gokwe burned to death after accidentally starting a veldfire while burning weeds in his field. 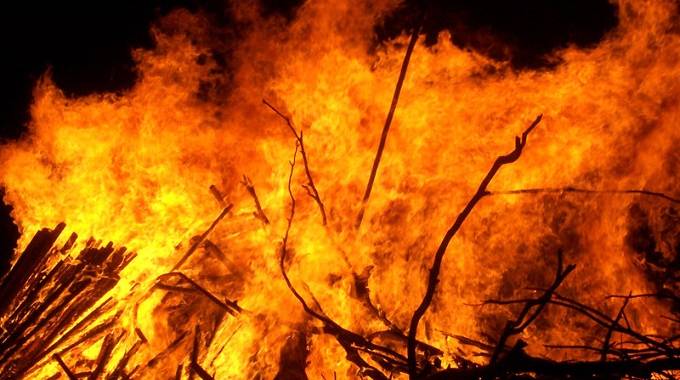 Michael Mazambuko of Marandu Village in Gokwe North reportedly failed to control the fire, which burnt down about 5 hectares of grazing land on Tuesday last week.

Midlands Provincial Spokesperson, Assistant Inspector Ethel Mkwende could not be drawn into commenting saying she was yet to receive details of the incident.

“There was a veld fire in Ward 4 in Gokwe North under Chief Chireya. The person responsible for the fire died after he tried to put it out possibly due to suffocation,” said Mr Musasiwa.

He said Mazambuko was working in his field when the fire went out of control.

“We gathered that on the day in question, Mazambuko went to his field around 8AM to burn weeds. Around 11AM, the family members noticed lots of smoke coming from the direction of the field prompting his son and grandson to rush to the field,” said Mr Musasiwa.

He said the two tried to locate Mazambuko while fighting the fire from spreading further.

“They however, failed to locate him but continued fighting the fire which narrowly missed burning a nearby homestead,” Mr Musasiwa said.

Mazambuko’s charred body was only discovered around 3PM.

Mr Musasiwa urged members of the public to desist from starting fires out of their homesteads.

“EMA has previously and continues to advise people against the practice of starting open fires outside residential properties as the risk of these fires spreading and causing veld fires is quite high during the fire season which runs between July 31 and October 31 each year.”

“The high temperatures prevailing in the country are also contributing to the veld fire risk thus farmers are encouraged to desist from starting fires outside their residential properties,” he said.

Midlands has lost over 90 000 hectares of land to veld fires so far. The Chronicle