A rival group in the National Patriotic Front (NPF) has scoffed at faction leader Brigadier-General (Retired) Ambrose Mutinhiri’s claims that the party has been liquidated and that its members will be re-joining the Zanu-PF party. 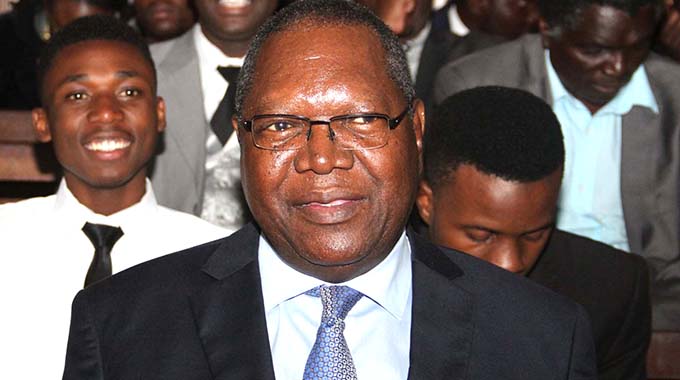 The Brig-Gen (Rtd) Mutinhiri-led NPF announced on Thursday that it has disbanded and its officials were re-joining Zanu-PF after realising that the events that led to the removal of the Robert Mugabe-led Government in November last year were in the best interest of the country.

Through its spokesman Mr Jealousy Mawarire, the faction said Brig-Gen (Rtd) Mutinhiri was neither the president nor the spokesperson of NPF, hence he had no mandate to convene a meeting and pass resolutions or speak on behalf of the party.

“We wish to dispel rumours spread by Retired Brigadier-General Ambrose Mutinhiri that the party has been disbanded,” he said.

“We take his rumblings as coming from a clueless individual induced to make such claims by a few pieces of silver he was promised after his meeting with the Zanu-PF President.”

Mr Mawarire said their faction was preparing for its inaugural elective convention and announcements will be made shortly.

On Wednesday, Brig-Gen (Rtd) Mutinhiri said the main reason for disbanding the party was that NPF had outlived its purpose.

He said: “The NPF was formed as a response to the events and circumstances of November 2017 that led to the removal of the previous Government of Zimbabwe and in our opinion we perceived it to be a threat to national security and stability.”

Brig-Gen (Rtd) Mutinhiri said they had re-considered their position and decided to re-join the ruling party in its drive to rebuild Zimbabwe.

“However, after careful considerations and deliberations, our party came to the conclusion that the November 2017 events were in the best interest of Zimbabwe as a nation,” he said.

“To that end, the existence of the NPF is no longer necessary.

“As such we deem it expedient and appropriate to disband NPF and also to join and support the Zanu-PF party and Government in its endeavour to build a better Zimbabwe for all.”

Brig-Gen (Rtd) Mutinhiri resigned from Zanu-PF to head the NPF, long considered to be the brainchild of former President Mugabe.

NPF split into two camps during the run up to the July 30 harmonised elections.

Mr Mawarire and other members appointed Ms Sandi Moyo as acting president, while Brig-Gen (Rtd) Mutinhiri stayed with the other group.

He contested the Presidential election on July 30 and lost dismally.

His climb-down follows that of his mentor, Mr Mugabe, who also recently recognised President Mnangagwa’s victory in the July elections and urged Zimbabweans to work with his Government for the development of the country. The Herald

Vendors, cops in a battle of wits