Most service stations in Harare have run dry with long queues emerging as the fuel crisis continues, despite Reserve Bank of Zimbabwe (RBZ) governor John Mangudya saying the sector is fully-funded. 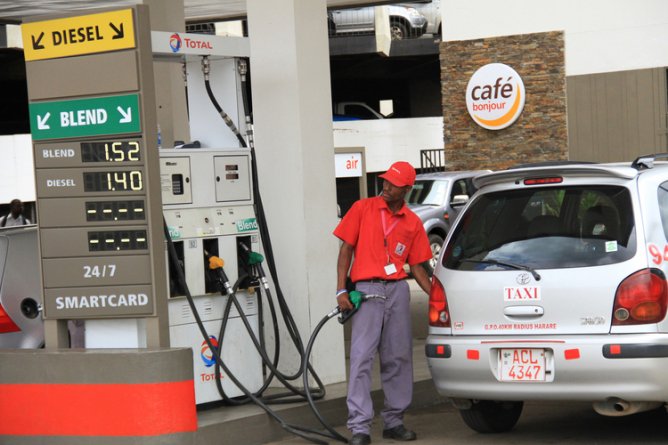 Mangudya told the Daily News yesterday that logistical challenges that were faced by the sector, coupled with high demand, had resulted in intermittent supplies of fuel.

“We have made arrangements to ensure that there is fuel in Zimbabwe. There is an increase in the number of vehicles in the country and that the demand for fuel has also increased, we have also increased the facilities of fuel that we have been arranging, to ensure that you and me keep on driving our vehicles and therefore what you are seeing is an increase in the demand for fuel. What you are seeing are efforts that we are putting in place to ensure that at least people continue driving their vehicles.

“What you also need to know is that there are logistical issues that are in fuel, that fuel is not produced in Zimbabwe, it comes from offshore through ship, and transported by pipeline to Harare at Msasa, so sometimes what you see are intermittent logistical issues that will be there, otherwise the fuel companies are fully funded,” Mangudya said.

Zimbabwe has, over the last few months, been experiencing intermittent fuel supplies, which has been previously blamed on foreign currency shortages. But Mangudya yesterday said the sector was adequately funded.

“We do allocate $20 million per week, which is $80 million a month and that’s a lot of money, because you are also aware we are also allocating foreign currency to import wheat, which is basically to supplement local production. In fact, the local production is supplementing imports, because, if we produce 120 tonnes, it means it’s only good for three months, we spent about 40 000 metric tonnes, that’s about $16 million per month, over and above that you guys need cooking oil, which is about $20 million per month, so it means that you need to export more.

Zimbabwe Energy Regulatory Authority (Zera) chief executive officer Gloria Magombo told our sister paper the Daily News on Sunday during the weekend that the shortages were attributed to logistical challenges, adding efforts had been made to normalise the situation.

“Relevant stakeholders in the energy sector are being appraised of the situation on the ground and so far indications are that normal supplies have resumed across the country,” Magombo said.

Petrol in Zimbabwe is going for $1,39 per litre, while diesel is sold for $1,32, and is one of the most expensive in the region.

Fuel operators also attributed the obtaining intermittent fuel crisis to the shortage of foreign currency, as the country is grappling with a serious cash crisis, a devaluing bond note and inflated exchange rates on the black market.

Retailers buy their products outside the country through the RBZ which pays directly to the suppliers.

In terms of the arrangement that was created by the RBZ, oil companies, which are top on the priority list, approach their banks and request that payment of a certain amount be made to a company that they will be dealing with on the basis of their nostro accounts. Nostro accounts are accounts that a bank holds in foreign currency in another bank.

Following the request, the bank would accept the request, with approval from RBZ. Most fuel suppliers get the commodity outside the country, where they pay cash upfront in United States dollars, but have been having some challenges. DailyNews